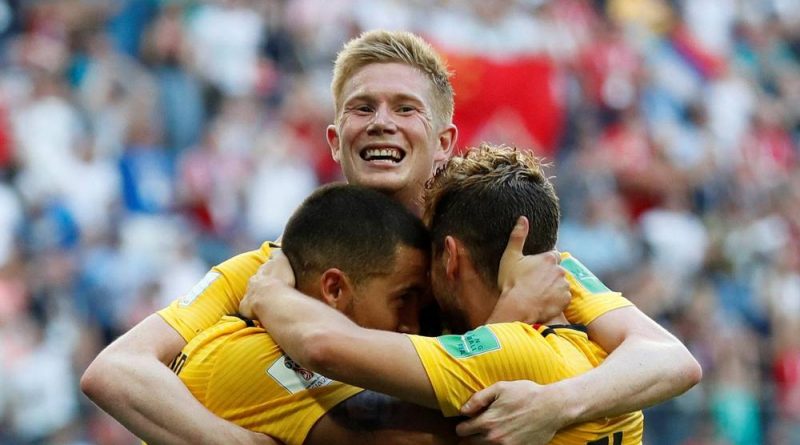 England’s World Cup campaign and huge dream in Russia ended with a 2-0 defeat to Belgium in St Petersburg that meant the Three Lions finished in fourth place.

Thomas Meunier put Belgium ahead after just four minutes when he slid in ahead of Danny Rose to divert Nacer Chadli’s cross past goalkeeper Jordan Pickford.

England had chances to level in the second half as Toby Alderweireld cleared off the line from Eric Dier, while Harry Maguire also headed wide from a good position.

Eden Hazard wrapped it up for Belgium with eight minutes left when he got the better of Phil Jones to beat Pickford, who had just saved magnificently from Meunier, with a powerful finish, according to a BBC report.

Southgate made five changes to the team beaten by Croatia – but there was still a clear determination to secure their best result at this tournament since 1966 and with Belgium counterpart Roberto Martinez adopting the same approach, it made for an entertaining play-off in this magnificent arena in St Petersburg.

This is a fixture regarded as an unwanted intrusion for teams who have suffered the despair of a World Cup semi-final defeat, but Belgium and England made it competitive.

Belgium’s delight at a third-place finish – their best at a World Cup – was obvious in the manner in which Martinez and his assistant Thierry Henry celebrated with their players at full-time.

It meant a lot – although it could have been even better after beating Brazil in the quarter-finals only to then lose to France in the last four.

However, Martinez has a truly outstanding squad at his disposal and there is every chance they will now get stronger having gained stature in Russia.

Any squad that boasts the attacking firepower they have in De Bruyne, Hazard and Lukaku, as well as their strength of squad elsewhere, is a force to be reckoned with – and this may be only the start of Belgium’s story as a rising football force.