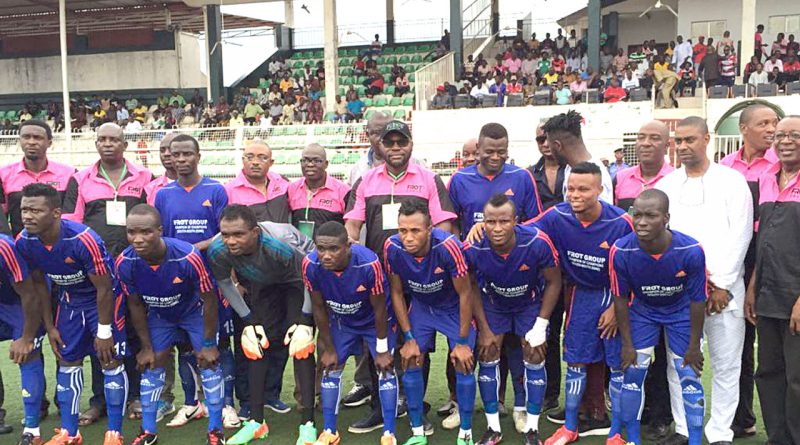 The re-launch of Bendel Insurance turned out a gathering of who-is-who in Nigerian football and indeed sports on Tuesday July 27. One of Nigeria’s foremost football clubs, Bendel Insurance FC, was rebranded in a ceremony led by the Edo State Governor, Godwin Obaseki and assisted by his deputy, Philip Shaibu.

Obaseki, who unveiled a new logo, new kits and a road map booklet for the club, declared at the occasion that sooner than later the Edo State government would hands off the running of the club. Extrasportsnigeria.com was told by rebranding organisers that corporate organisations have already lined up to give the club a financial lease of life.

The event which took place at the Government House in Benin City also saw the unveiling of the new technical crew of the team headed by Monday Odigie as manager, while Baldwin Bazuaye, will be serve as the coach.

NFF President, Pinnick, who was excited by the repackaging idea of Bendel Insurance, which he described as Nigeria’s foremost and his favourite Nigerian club, assured the gathering of his support and said he supports the idea of merchandising the club properties as enunciated by the government, declaring that soon, the club would become self-sustaining.

“The ‘Benin Arsenal’ I know will soon bounce back big and with what I have seen today, it’s obvious that a silent revolution on how clubs should be properly managed outside government’s funding is happening”.