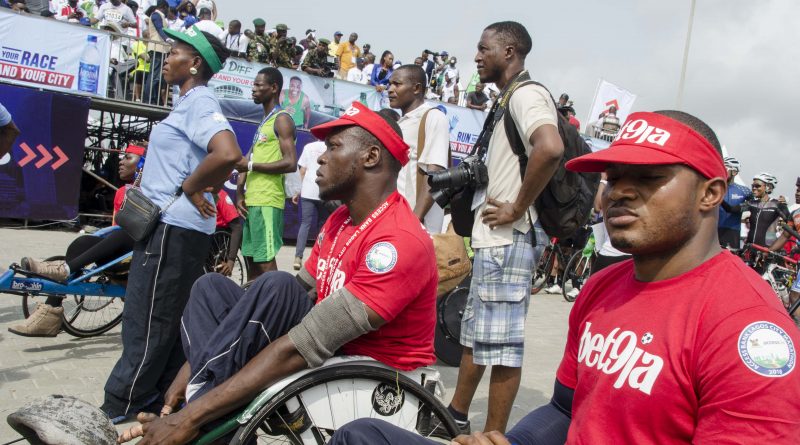 Nigeria’s foremost betting company Bet9ja is celebrating the achievements of all those who participated in the Saturday Lagos City Marathon.

The managers of the company who are pumping out photographs taken during the run on the streets of Lagos say they are very proud to be part of the sponsors of the international annual event.

Abraham Kiprotich won the 2018 Access Bank Lagos City Marathon 42km race. The Frenchman won the pack for the third edition on a day rain opened up the day for runners.

In the female category, it was a clean sweep by Ethiopia as the trio of Alemenesh Herpha Guta, Tigst Girma Getayechew and Ayelu Abebe Hordofa came first, second and third to win $50,000, $40,000 and $30,000 respectively.

Iliya Pam was the first Nigerian to finish the 42km race in 2:40:19hrs to win N3m; while Sharubutu Philbus came second in 2:54:16hrs to win N2m and Kefas Williams also got on the medals table finishing third in a time of 2:58:1hrs to win the third prize of N1m.

There were also prizes for Nigerians in the newly introduced 10km race, which saw Sajo Ismaila (male) and Ona Salay (female) drive home a brand new saloon car each and other prizes.