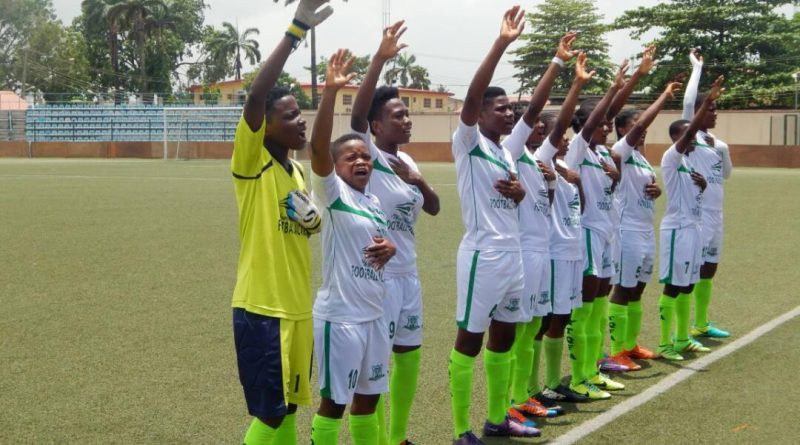 This follows entertaining preliminary matches which produced a whopping 19 goals in six matches and 13 penalties goals in two matches.

The stage became set for another round of exciting matches with Papa Queens taking on Vision Queens and Phonix Queens slugging it out with Young Talent 99 in Group A matches while Jagunmolu Queens confront Lakeside Queens for the maximum three points in a group B match.

In the other Group B match Goldenswan Ĺadies and Ijamido Queens fight for the maximum points.

Speaking with the media, Anthony Adeboye, the SSA to the Governor on Sports expressed satisfaction with the standard and the disciplinary attitude of the clubs, adding that with the talent on display so far, the future of women football in Lagos and Nigeria in particular is very bright.

Adeboye whose office powers the championship thanked the Lagos State First Lady, Mrs Bolanle Ambode for her support and commitment to the girl-child development and growth.

He also gave good kudos to some local governments and LCDA’s that have shown support to the championship, Promising a grand finale at the newly re-developed and CAF approved Agege Stadium by the end of the month.