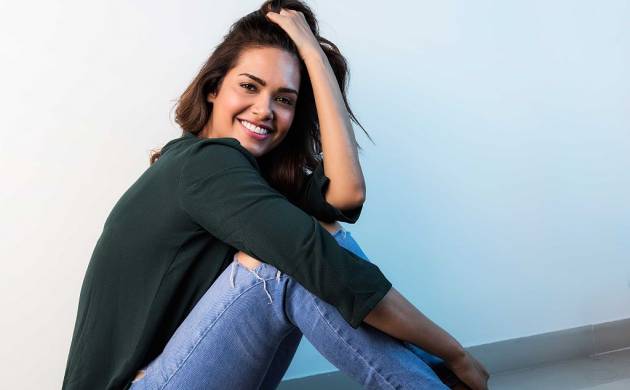 A popular Bollywood actress Esha Gupta has been slammed for sharing racist remarks aimed at Nigeria forward Alex Iwobi, according to a Daily Mail report.

The Indian posted a WhatsApp image conversation with a friend describing Iwobi as a ‘gorilla.’

The image showed messages exchanged between herself and Varun_Gupta17, with one of the message reading: “Solves our winger issues. I can’t see that gorilla faced Iwobi running down the flank again. He’s so bad ya,” Varun_Gupta17 wrote.

She (Esha Gupta) then replied: ‘Hahahahahaha I honestly dunno why they don’t bench him more.”

The 33-year-old who once dated Hector Bellerin and helped launch a new Arsenal kit back in 2017 immediately issued an apology after several fans hit back at her online insisting there was no racial intent behind it.

Gupta apologised: “Guys I’m sorry you thought it was racist. Was bad on my part, being a sports lover. Wallah never meant it. Sorry guys forgive the stupidity.

“Well it was my fault. So gotta own up to my s***… sorry. It was us discussing our frustration during the game. Sorry as I didn’t realise it was directed towards racism.

“Laughed over spur of the moment, which was the games result guys. Been a victim of racism myself before. But this is not something I’m proud of. It was a fault, sorry guys.”

Gupta is a former Miss India International winner most known for her roles in horror film Raaz and thriller Rustom.

Meanwhile, an Arsenal spokesman said: “This person is not an official club ambassador and we totally condemn racist language of this nature which has no place in our game or society.

“As a club we work hard to break down barriers and ensure everyone feels part of the Arsenal family.”