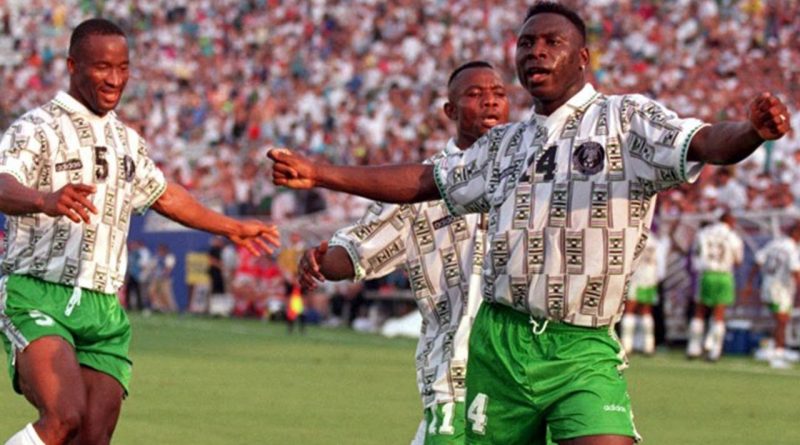 Former Dream Team coach, Dutchman Johannes Bonfrere who helped Nigeria win her first and only Olympic soccer gold medal at the the Atlanta 96 Olympics, has confirmed his presence in Lagos, Nigeria on May 18. He will be a part of the historic assemblage of Nigerian and African legends, who will play in a Testimonial Match for the outgoing Governor of Lagos State, Akinwunmi Ambode.

Bonfrere, it has been confirmed by the organisers will work as one of the two coaches to handle the Nigerian football legends in the game against a carefully selected team of African legends.

Former Golden Eaglets coach and erstwhile Secretary General of the Nigeria Football Federation, Fanny Amun, will be the assistant coach on the side of the Nigerian legends.

The Ambode Testimonial Match organized by ‘The Match International Ltd’ which would see a team of Nigerian football legends play against African legends, has been in the spotlight for several months now. The venue is the Soccer Temple Agege Stadium.

The General Coordinator of the Ambode Testimonial, Waidi Akanni, a former Nigeria international said that coaches Joe Erico and Henry Nwosu, will be lead the African legends.

For ‘The Match’ the former World Footballer of the Year and President of Liberia, George Weah, will captain the African legends according to the organisers. Other African legends that will feature in the game which would see Ambode play on the two sides, include El-Hadji Diouf, Michael Essien, Samuel Eto’o Fils, Abubarkar Titi Camara, Didier Zokora and Yaya Toure, Others are Richard Kingston, Herita Illunga, Christian Karembeu, Aaron Mokoena and Mamodu Sissoko.

Akanni, revealed that the Africa stars will start arriving in Lagos on Thursday, May 16 and would have a work out at the Agege Stadium on May 17 before the game on Saturday.