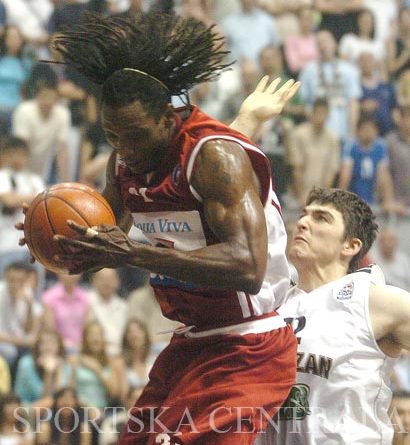 Former Boston University super star Olatunji Awojobi has received an invitation from his Alma Mata, to celebrate and honour him and other alumni for their achievements playing for the institution. The date yet to be announced has given BU fans another reason to proclaim him his achievements in his career as a professional basketball athlete.

Awojobi said that the current NBA’s Kyrie Irving’s father Drederick Irving would also be amongst those that would be honoured at the ceremony. BU Hall of Fame, Irving Snr was top in career points (1,931) for BU before Awojobi first broke it (2,308) and he still holds the record till date. Added to this Awojobi established 12 BU records, rebounds (1,237), blocked shots (302), and field goals (871).

The ex-Nigeria international a former boxer, grew up from Alagomeji and picked up the love of the game from his mentor Gboyega Vidal (aka Tilapia), and later led the Nigeria national team for years.

Awojobi is credited as the first basketballer in Nigerian history to host a basketball clinic. It was done in 1999 at Rowe Park, Yaba, Lagos. This clinic was done for free.

He is the first player in New England college basketball history to record 2,000 points and 1,000 rebounds.

He graduated and his jersey number 12 in BU was retired in 1997. Tunji is also in the Boston University’s Athletic Hall of fame.

Following graduation, he played in several European countries, most notably in Israel. He participated in the 1998 and 2006 FIBA World Championships. His best achievement in European basketball was winning the ULEB cup in the starting lineup for Hapoel Jerusalem. They defeated Real Madrid 83-72. Israel honoured him earlier this year for this feat.

He later featured in team Lagos Islanders from Nigeria in 2015.