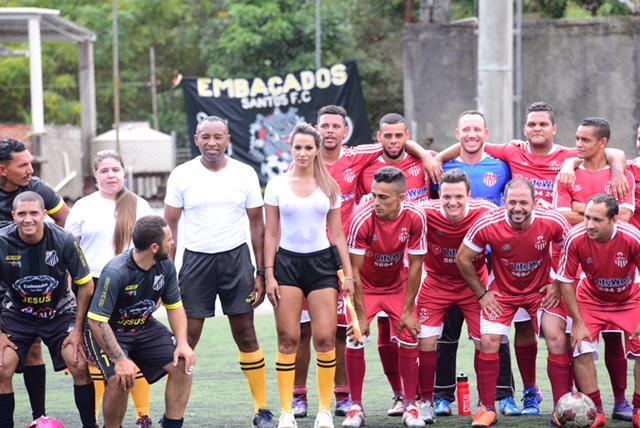 STEP aside Neymar, Brazil have a new idol. And she’s a real stunner.

Stunning model Denise Bueno certainly earned herself a few admirers when she officiated a Brazilian amateur match between Desire and Sporting, according to The Sun report.

Wearing a skimpy white t-shirt with no bra, Bueno literally had heads turning as the footballers lined up for a group photo.

Two players from either side couldn’t even look at the camera whilst others were guilty of having a grin bigger than the Cheshire cat.

Bueno was then put to work as she was handed the flag on the sidelines. But nobody could determine if her dress affected the performance of the players or their coaches.

And after working up a sweat in the blistering heat, she gave players a further showing by putting on a wet t-shirt display.

And she may expect a flurry of new Instagram followers from the footballers after the game.