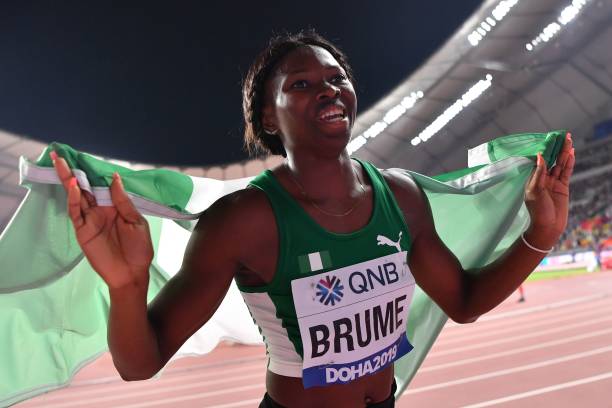 Ese Brume says she is super excited with her achievement of winning Nigeria’s only medal at the 2019 IAAF World Championships in Doha, Qatar. It was a bronze medal feat in the long jump event and it was on the final day.

Brume leapt a distance of 6.91m to win the bronze medal behind Germany’s Malaika Mihambo (7.30m) and Kenyattia Hackworth of the USA (6.92m).

She said in Doha, “It means a lot for me. I’m super excited, because I have not been so strong all season because I wasn’t able to perform at bigger competitions. I cannot be happier winning this medal.”

Ese is now the second Nigerian to win a medal in the event after Blessing Okagbare leapt a distance of 6.99m to win a silver medal in a much earlier edition of the World.

Ese made the final of the event at the 2016 Rio Olympics and finished 10th in 2017 in London for the World Championships. In London she leaped to 6.38m.