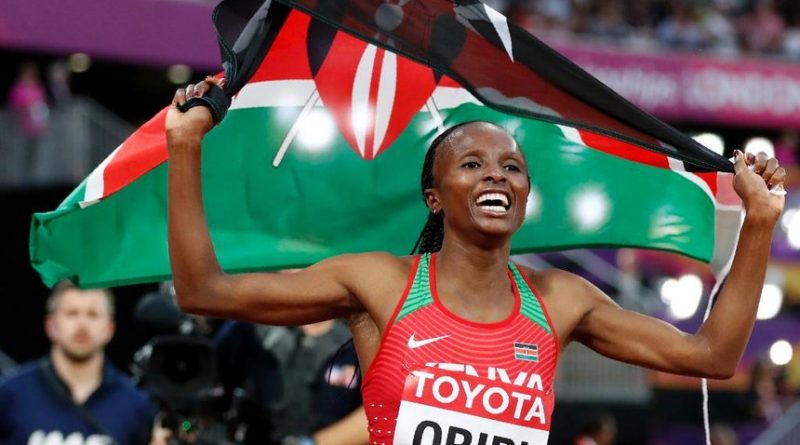 The 61 athletes were selected over the weekend after a three-day national trial was completed at the Kasarani Stadium in Nairobi.

Those selected to represent Kenya in Asaba 2018 include Olympic, World and Africa champions who will be looking to conquer the continent as well as secure berths to the Intercontinental Cup later in the year.

Olympic 5,000m champion Hellen Obiri; and World 1,500m silver medallist Timothy Cheruiyot, will lead the medal chase for Kenya in Asaba, having won their races in the trials without much fuss.

Obiri, who is eyeing a ticket to Ostrava IAAF Intercontinental Cup, will line up alongside 2017 World Cross country bronze medallist Lilian Kasait and Loice Chemining.

Kenya will also be banking on former Under-20 800m silver medallist Winny Chebet, Mary Kuria and Judy Kiyeng in 1,500m.

American-based Emmanuel Korir, who opted to run 400m at the trials to improve his speed, will lead the men’s 800m after being granted a wildcard alongside Jonathan Kitilit and Ferguson Rotich.

The Kenyans are hoping to ruffle feathers in Asaba as they eye top spot in the continental meet, having finished second (eight gold, eight silver and eight bronze) behind hosts South Africa in 2016.