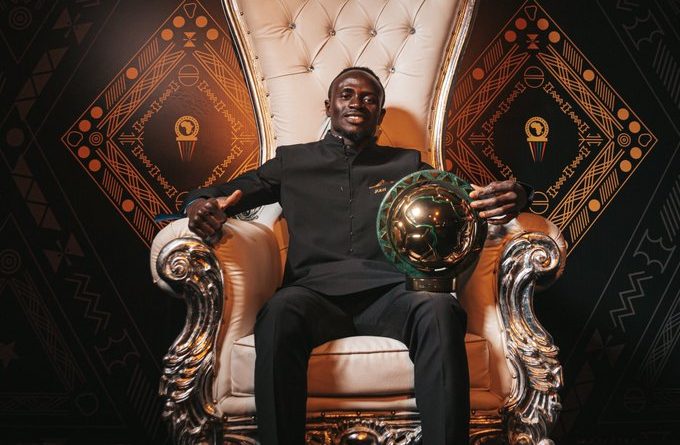 Senegal and Liverpool forward, Sadio Mane, Tuesday night emerged as the 2019 African Player of the Year in a ceremony held in Egypt. It was Nigerian and Barcelona star, Asisat Oshoala, who claimed the prize for the women category in a record matching fourth time.

Mane who lost out to Salah last year powered the Teranga Lions to the final of the 2019 Africa Cup of Nations in Egypt, but they eventually lost to the best team of the competition, Algeria. The Senegalese power-built attacker has maintained a superb form with Liverpool.

Mane was instrumental to Liverpool win of the UEFA Champions League, Super League and the FIFA Club World Cup in 2019.

No Nigerian player was In Africa’s best XI of the year. The list has Mane, Arsenal’s Aubameyang and Salah in attack while Mahrez, Morocco’s Hakim Ziyech and Senegal’s Idrissa Gueye are the midfielders.