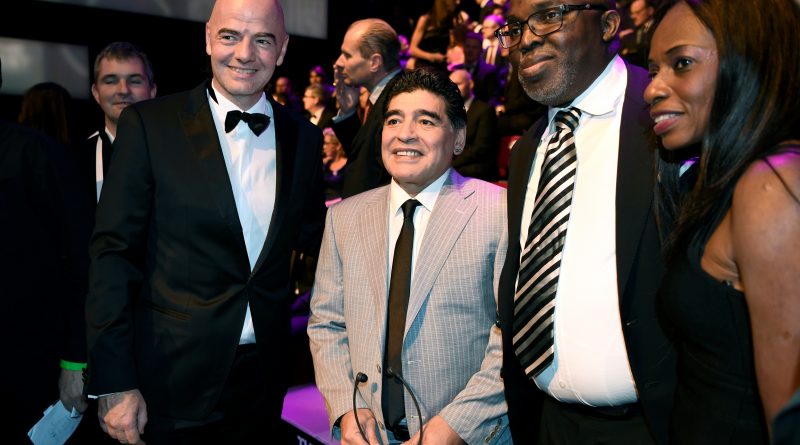 The Nigeria Football Federation (NFF) unanimously endorsed Amaju Pinnick to contest for a post in the forthcoming CAF election in Ethiopia to champion the goals of Nigeria.

A member of the NFF board, Ibrahim Gusau, who made this known, said the decision to endorse Pinnick was agreed unanimously by the NFF board during a recent meeting.

“In a nutshell, we all agreed unanimously at the board meeting of NFF to support NFF President, Amaju Pinnick to contest for a CAF Executive seat in the forthcoming CAF elections in Addis Ababa. We also gave him a mandate to use his discretion to vote for any presidential candidate that has genuine vision that will benefit Nigeria. We believe Amaju as the President of NFF is not going to CAF as an individual but he is going there to represent the interest of Nigeria and we believe as a leader he understand the politics in CAF. We have unanimously endorsed him to contest for the CAF Executive seat and also vote for any candidate of his choice whom he believes will benefit Nigeria,” Gusau said.

Gusau, who is the Chairman of Chairmen in the NFF, however accused those Nigerians in CAF of being selfish.

He said, “Some of those criticizing Amaju for supporting another candidate apart from Issa Hayatou are selfish because some of them have been in that system for decades and they believe that without Hayatou, they cannot retain their seats. They don’t have the interest of the country and what has the country benefited from them since that have been there. So it is wrong for anybody to start criticizing Amaju for not supporting Hayatou.

“It was same Hayatou that stood vehemently that Africa was not supporting Infantino Presidency during the FIFA election and it was the same President that appointed the first African as Secretary General of FIFA. So I believe Amaju being Nigeria’s representative knows that is best for Nigeria and we have given him the mandate to contest a seat in CAF Executive and also vote for any presidential candidate that will benefit Nigeria. As NFF President, he is not going to CAF seat as an individual but as the country’s mouthpiece in the continental body.”