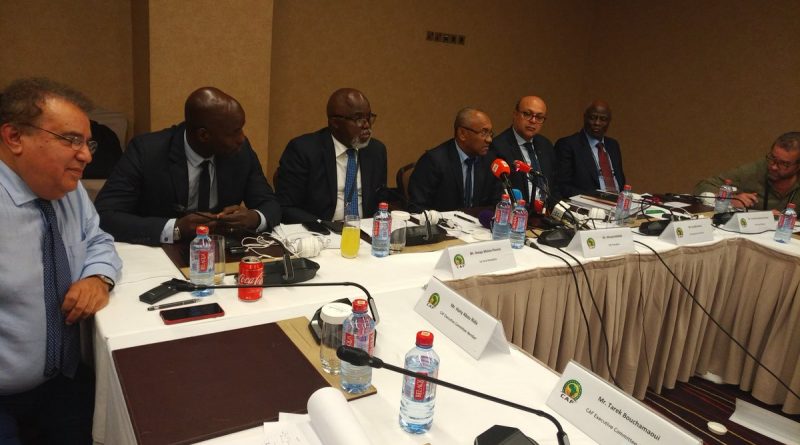 The Confederation of African Football on Friday night announced the withdrawal of hosting right to the 2019 Africa Cup of Nations from Cameroon. The decision was made public following an Executive Meeting held in Accra, Ghana.

No new country was immediately announced as the new host but interested countries were until December 30th to submit the details of their bid.

The CAF statement reads: “The Confédération Africaine de Football (CAF) today makes the following statement, detailing the important measures taken at the Extraordinary meeting of the Executive Committee in Accra, Ghana, on November 30, 2018.

“One of the important subjects debated was the organisation of the upcoming 2019 Total Africa Cup of Nations (AFCON), due to be held in Cameroon. After significant debate and having received detailed updates from numerous inspection visits over nearly 18 months, CAF has noted that a number of compliance conditions have not been met.

“In addition, after having heard from representatives of the governmental and sports authorities of Cameroon, and reviewed the latest progress on preparations, CAF notes the gap between the requirements of hosting the AFCON and realities on the ground.

“Furthermore, after hearing the conclusions of the CAF Security Inspection Team during their most recent visit to Cameroon, CAF concludes that the Africa Cup of Nations could not be exposed to any issues that could impact on the success of the most prestigious African competition.

“After having considered that a simple postponement of the tournament was impossible because of CAF’s contractual commitments, and the importance of maintaining the competition calendar, the CAF Executive Committee decided that the next edition of the 2019 Africa Cup of Nations could not be held in Cameroon.

“This decision, without appeal, will mean that CAF will now initiate an open and urgent call for new host country bids to ensure AFCON 2019 takes place next summer.

“CAF will ensure that a new host is in place by 31st December 2018, and it will communicate openly and transparently on the process and subsequent decision.

“CAF reiterates that Cameroon remains a serious candidate to organize a future edition of AFCON, and acknowledges that Cameroon has mobilized significant resources and worked tirelessly to host AFCON 2019.

“CAF unequivocally reiterates its strong commitment to work closely with Cameroon’s government authorities to mutually agree a new AFCON framework and timetable – should it agree to host a future edition.”