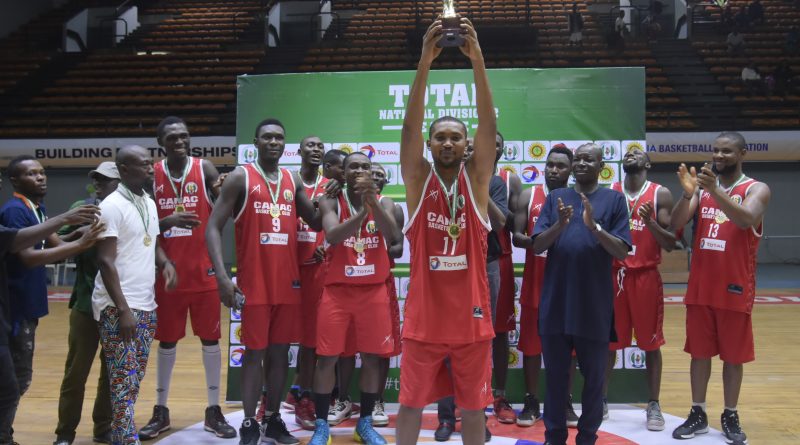 CAMAC of Yenagoa have won the inaugural edition of the Total National Division 2 Basketball League after defeating fellow Atlantic Conference side, Brave Hearts of Calabar by 84-81.

Frank Okome led his team’s scorers’ chart with 23 points, 5 assists and 1 steal while Mudiaga Oyubu hit 17points, 2 assists and 3 steals to help their team gain promotion to the Total National Division 1 and as well as lifting the coveted trophy.

The brilliance of Precious Sunday who scored the competition’s highest points of 44, 1 assist, 7 rebounds and 6 steals could not save his team with only Bright Abiola hitting the double digit scoring 11 points.

Despite the setback, it was a night to remember for Precious Sunday who shone like a million stars as he was voted the competition’s Most Valuable Player.

He also emerged the competition’s Best Steal and Assist Leader before being crowned as competition’ highest point scorer.

Prison Reformers clinched the third position with an emphatic 93-65 victory over Taraba Hurricanes.

Speaking after the event, the NBBF President, Musa Kida thanked the Federal Government for providing the enabling environment for sports to thrive. He commended the Minister of Youth and Sports, Solomon Dalung for his unflinching support to the NBBF since the board assumed office in 2017.

Kida thanked Total E&P for the leap of faith in being the first corporate organization to invest in the Division 1 and 2 which he called the real developmental leagues.

He assured that the best was yet to come as he urged all stakeholders to brace up for the positive tsunami sweeping through the basketball landscape in Nigeria.