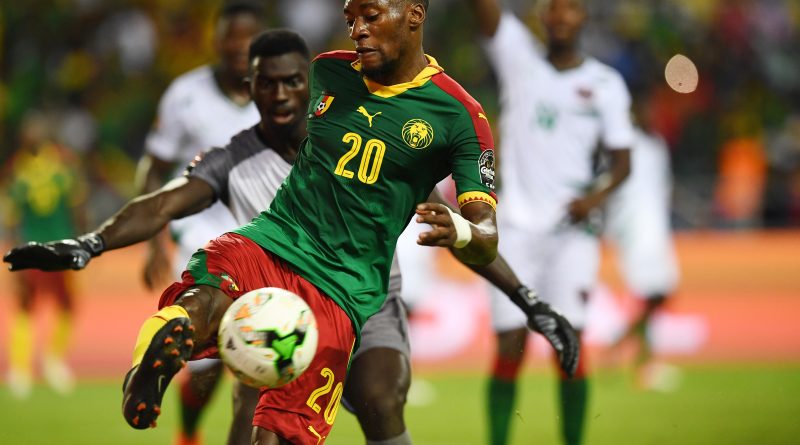 Defender Michael Ngadeu smashed in the winning goal as Cameroon came from behind to beat minnows Guinea-Bissau 2-1 at the Africa Cup of Nations on Wednesday.

Guinea-Bissau had gone in front in the Group A game in Libreville when Piqueti produced a contender for goal of the tournament in the 13th minute, AFP reports.

But the Indomitable Lions, four-time winners of the continental trophy, produced two fine goals of their own to turn things around in the second period at the Stade de l’Amitie.

Sebastien Siani smashed in the equaliser just after the hour mark and Ngadeu emerged as the unlikely hero as he netted the decisive goal with 12 minutes remaining.

After a build-up marred by the refusal of several marquee names to come to Gabon, suddenly Cameroon know a draw against hosts Gabon in their final group game on Sunday will see them progress to the last eight.

Guinea-Bissau had announced their arrival on the continental stage by coming back to hold Gabon in the tournament’s opening game.

But their hopes of getting out of their group are in the balance after this reverse.

They prop up the section, three points behind Cameroon and two behind both Gabon and Burkina Faso, who drew 1-1 earlier in the day.

Guinea-Bissau, nicknamed the ‘Wild Dogs’, caused a sensation as they took the lead thanks to a goal that is bound to be remembered as one of the best of this Cup of Nations, if not the best.

Piqueti, who plays for Sporting Braga’s B team in the Portuguese second tier, lifted the ball over one opponent deep inside his own half and then set off towards goal.

The 23-year-old then outpaced Georges Mandjeck as he charged towards goal before smashing his shot past Fabrice Ondoa from inside the area.

Cameroon were stunned but they could have drawn level just before the interval — the recalled Vincent Aboubakar headed the ball down for skipper Benjamin Moukandjo, whose volley from the edge of the box was saved by Jonas Mendes.

Aboubakar then failed to make a proper connection with a great opportunity inside the area, and it was Guinea-Bissau who almost went further in front early in the second half.

Frederic Mendy robbed Adolphe Teikeu on the edge of the box and then lobbed goalkeeper Ondoa, but Ngadeu got back to clear off the line.

Having survived that scare, Hugo Broos’s side equalised as Moukandjo laid the ball off for midfielder Siani to hammer a first-time effort into the net from 20 yards.

Now with the momentum, Cameroon won it when Christian Bassogog set up Ngadeu, the Slavia Prague defender, to beat Mendes low at his near post.