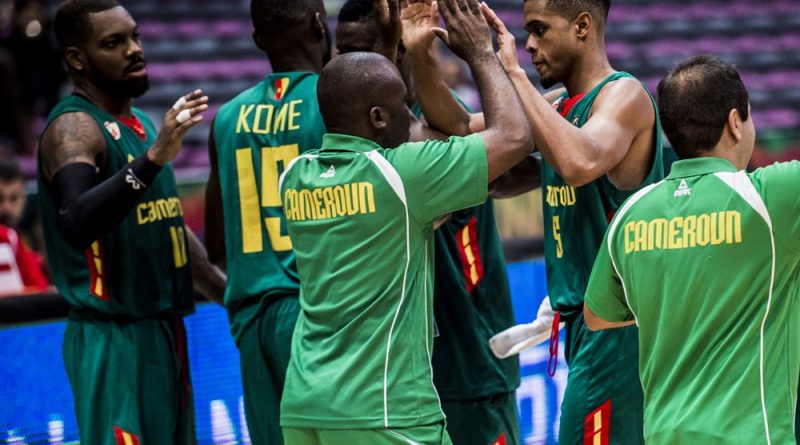 The big quarter finals clash is set and Cameroon forward Benoit Mbala believes that playing as a collective whole will go a long way in helping his side overcome Nigeria in the upcoming matchup at the AfroBasket 2017 holding in Tunisia on Thursday.
The Cameroon Lions face their biggest test at the continental tournament when they take on the reigning champions who have truly not been as fantastic as they were in 2015 squeezing their way through the Group Phase.
Cameroon, who settled for second place 10 years ago in Angola, are desperate to make amends and return to the high table, however, they must dig deep to achieve their objective.
In an exclusive interview with FIBA.basketball, Mbala said, “Our goal is to be among the top three in this championship and if possible surpass the second place we managed in 2007 in Angola.”
“We know Nigeria has experience and will want to give it everything when we clash in the Quarter-Final being the reigning champion but one thing we have always banked on is teamwork and this we will still project to give us victory.”
The 22-year old Mbala, who has averaged 18.3 points per game so far and is second on the statistics board behind Nigeria’s Ike Diogu, is expected to lead his side’s charge against D’Tigers.
“It is my first time at the biggest stage of African basketball and I am delighted about the opportunity to compete with the best on the continent and will always be available to represent my country.”
“African players are full of energy and very athletic compared to what I have experienced in college and this shows that the continent is full of great talents and just a little more push for Africa nations to compete favourably with basketball super powers at the world stage.”
The win ratio between Cameroon and Nigeria stands at two wins and two losses apiece at the FIBA AfroBasket and with this in mind, both teams will be looking to be on the winning side come Thursday.
The last time Cameroon made it to the semi-finals was in 2009 in Libya and the Lions feel this is the moment to replicate that and see what happens. But it appears they have touched D’Tigers by their tails by such confidence.