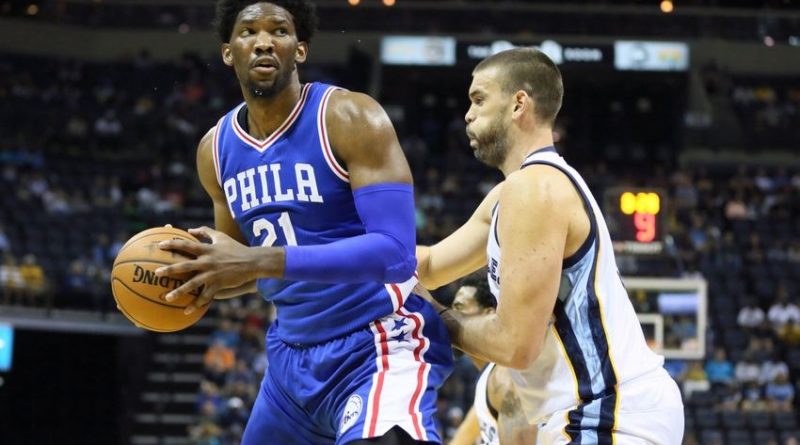 Cameroon’s Joel Embiid scored 20 points in 24 minutes Sunday as the Philadelphia 76ers dominated the Brooklyn Nets 105-95, matching their win total of last season with their 10th victory of the current NBA campaign.

Cameroonian rookie Embiid, still on restricted playing time after missing all of the past two seasons in the wake of two foot surgeries, connected on eight of 14 shots from the floor.

Embiid finished off his 14th 20-point game by hitting two free throws, with Sixers fans chanting “Trust the Process” in reference to the team’s rebuilding mantra according to AFP report.

Embiid is finally a key part of that overhaul process. He was drafted third overall in the 2014 NBA Draft but was promptly lost to injury.

Their plans for a revival this season took a hit when Australian Ben Simmons, top pick in last June’s draft, suffered a foot injury that has kept him off the floor so far this season.

Nevertheless, the Sixers have received a boost from Embiid and fellow rookie Dario Saric of Croatia, who scored 18 points on Sunday as Philadelphia won for the third time in four games.

Robert Covington shook off not one but two pokes in the eye to score 15 points, and Ersan Ilyasova chipped in 14 points as Philadelphia won despite shooting just 39.4 percent.

Brook Lopez led the Nets with 26 points, but scored only eight after halftime.

The Nets never trailed in the first half on the way to a 57-46 halftime lead.

After falling behind they knotted the score at 82-82 early in the fourth quarter.

But, ultimately, the Nets paid the price for 22 turnovers with a sixth consecutive defeat.

The 76ers were back on top 89-87 when Embiid returned from a rest period and fed Saric for an open three-pointer that gave the Sixers a 92-87 lead with 5:06 remaining.

Covington drained an open trey with 1:57 left that stretched Philadelphia’s lead to 101-87 and essentially sealed it.