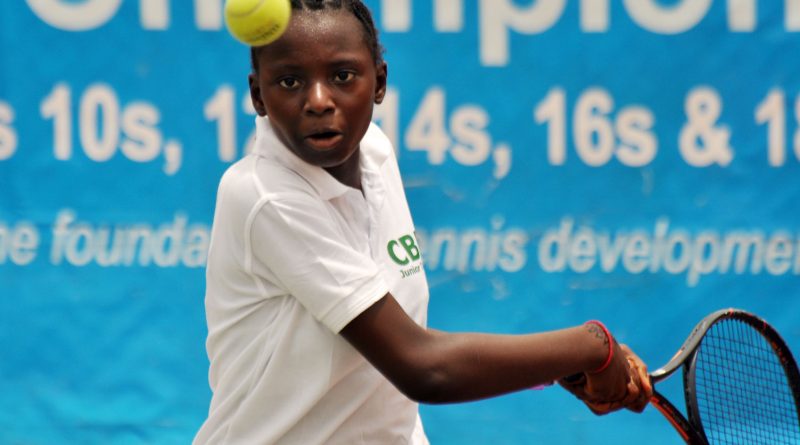 Omolade Aderemi of Ondo State achieved what she called “the win of my life” when she recorded an upset victory against Number One seed Rebecca Ekpeyong from Akwa Ibom in the Girls 16s quarterfinals.

Ekpeyong who came to the tournament as “the girl to beat” having won the all Nigeria Secondary Schools championship in Ilorin late last year, was not allowed to settle down by her left-handed, 16 year-old opponent who stands at 6ft.

Aderemi served flawlessly and committed only three unforced errors in the one set match while the top seed sprayed balls all over the place and could not find her rhythm – bowing out 6-1. Aderemi will now meet Kasara Adegboyega from Ibadan who won a close match against Timipre Maxwell from Port Harcourt 7-6 for a place in the finals.

In the Boys 14 event, the top two seeds are on course to meet in the finals. Daniel Adeleye from Ekiti, the No. 1 seed beat John Peter from Port Harcourt 6-0 while second seeded David Ekpeyong from Akwa Ibom beat Samofe Ramon from Lagos 6-2 to advance to the quarterfinals.

The younger boys and girls appear to be attracting the most attention from spectators as the 10 and 12 year-olds are playing some exciting and unrestrained tennis.

Lagos based Serena Telewo (12) who was asked to step up to the 14s justified the confidence the organisers had in her game by beating an older and more exposed opponent, Esther Marshall, 6-2. Chidinma Ezeh from Onitsha also stepped up from the 12s and won a tight match against Peace Obabori from Lagos 6-4.

The championship which is being run by the International Tennis Academy is taking place at the National Stadium, Surulere until Friday April 6.

The grand finale will hold at the Lagos Lawn Tennis Club, Race Course on Saturday, starting at 12 noon.