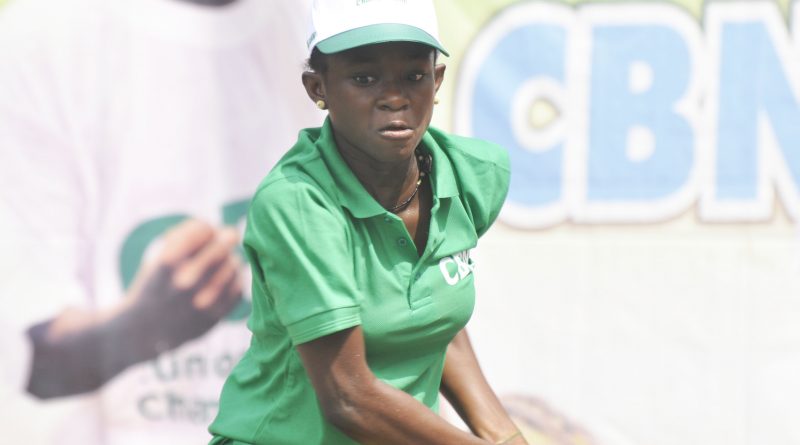 The Yakubu sisters, Oiza and Nene clinched the Girls 12 and 10 titles as the 2017 Central Bank of Nigeria Junior Tennis Championship ended with fanfare at the Lagos Lawn Tennis Club Saturday.

First on court was the petite but extremely mobile Nene who defeated fellow nine year-old Mary Benjamin from the Navy Club Apapa, 8-3. Her left handed sister, Oiza, followed with an 8-5 victory over Blessing Otu also of Lagos.

The Boys 12 event was won by Daniel Adeleye from Ekiti who defeated David Ekpeyong from the Kodian Foundation 8-3.

The CBN Governor, Godwin Emefuele, represented by the acting director of Corporate Communications, Isaac Okoroafor, expressed delight at the results achieved in the 11years of sponsorship of the junior championship and the progress the young boys and girls are making.

“We are very delighted with the impact of our sponsorship which has helped Nigeria dominate junior tennis in the West and Central African region and produced young champions like Moses Michael and Sylvester Emmanuel at the senior level. We are also very proud of the partnership with the International Tennis Academy which has maintained a very high standard of organisation and produced these outstanding results.”    The star matches of the day were the Girls and Boys 16s were Marylove expectedly beat Toyin Asogba 8-1 while the No.1 seed and defending champion, Mathew Abamu was upset by the second seed Emmanuel Jebutu 8-5.

The coveted award of ‘Most Outstanding Player’ for the boys was won by nine year-old Seun Ogunsakin from Ekiti. The leftie, fondly called “Nadal’ on the junior circuit lost in the finals to Happy Aglis from Lagos 8-2 but showed enough promise throughout the tournament to deserve the award and was roundly applauded by the spectators. Favour Moses from Kaduna, a semifinalist who lost in the tiebreak to Asogba, won the Most Outstanding Player in the girls category.

The grand finale which featured a music performance and traditional dances was attended by several top guests including Ahmadu Musa Kida, the Deputy Managing Director of Total Oil and Olusegun Akinlotan who represented the Minister of Sports & Youth Development and Ebi Onome, captain of the Super Falcons.