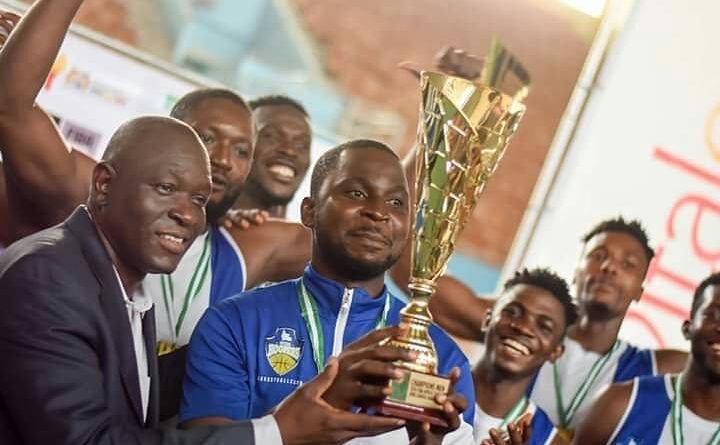 Rivers Hoopers Basketball Club who emerged champions of the FIBA Africa Zone 3 Qualifiers after beating AS Police of Niger 55-34 points on Saturday in Cotonou, have settled well back in Port Harcourt.

The champions who left Republic of Benin unbeaten are already gearing up for the bigger competition – the FIBA AfroLeague playoffs.

In the final game Buchi Nwaiwu put up good numbers for Hoopers like other games in the competition. He made 17 points, 6 rebounds and 2 blocks while Solomon Ajegbeyi made a double-double, 17 points and 11 rebounds.

The KingsMen led from start to finish and kept a huge gap from the first quarter 18-2 which increased to a 26-point lead going to the last quarter. Police put up a good fight in the 4th, outscoring Hoopers 15-10 but it wasn’t enough to turn around the game.

Libidi Tankoano scored 10 points, 8 rebounds and 2 steals for AS Police.

Buchi Nwaiwu who was awarded the Most Valuable Player, was also in the Top 5 alongside Akpatchi Romario (Elan), Dividson Samuel (Harbel), Ijigba Joel (Defenders) and Ali Sulleman (Customs).

Rivers Hoopers Ogoh Odaudu said there was no easy game in the qualifiers.

“It was a great tournament and every game was difficult in its own way and we won’t say one was easier than the other. Every game had its own peculiar challenges.”