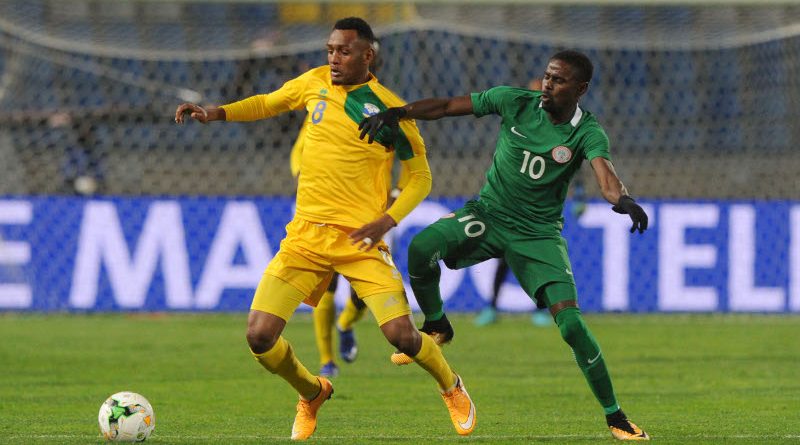 Nigeria drew 0-0 against Rwanda in their opening Group C match of the 2018 CAF African Nations Championship at the Stade Ibn Batouta in Tangiers, Morocco, on Monday.

The result leaves the Super Eagles B placed at second position in the group behind Libya, who earlier beat Equatorial Guinea 3-0.

CHAN Eagles started very slowly but soon pushed forward and they made gains as they hit the cross bar through Adelemi Faleye in the 10th minute with a header. And more would come as again in the 40th minute Nigeria’s Rabiu Ali struck the cross bar with a fantastic strike from a long distance.

Coach Salisu Yusuf’s men did well building up attacks but finishing became the problem. Stephen Eze and Faleye missed two clear cut opportunities in the course of the match.

A seeming goal scored by the Nigerians in the 58th minute through Eze after they were awarded a free kick, but it was ruled offside.

Towards the last 20 minutes, the Amavubi grew in confidence and Eric Rutanga saw his curling effort from a set piece missing the top right corner by inches. Nigerians pressed hard on and in the 80th minute were unlucky not to score as Eze saw his well-taken header coming off the left post once again as the game ended goalless.

Nigeria’s next encounter is against Libya Friday.