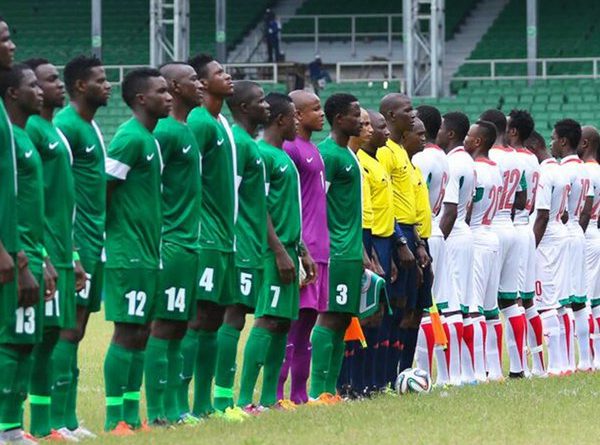 Coach Salisu Yusuf has said he would make changes in the Super Eagles’ line-up as the three-time African champions look forward to a must-win encounter against Ghana’s Black Stars in the WAFU Cup of Nations on Monday.
Both fierce rivals clash at the Cape Coast Stadium starting from 6pm (7pm Nigeria time) with contrasting pictures in their heads before kick-off. Hosts Ghana are comfortable and already have a ticket into the semi finals with six points from their first two matches in the group phase, while the Eagles have only two points and must win to be sure of a place in the last four.
Ghana’s six points have come from wins over Guinea and Mali, who both drew with Nigeria and thus have a point each, but a win for either team (Guinea/Mali) in their game that will run simultaneously at the Ndoum Stadium will knock the Super Eagles out of the running if they fail to defeat Ghana.
“It is a must-win game; we are certainly aware of that. Definitely, we will look at making a few changes because this is one match we must show character and efficiency at the rear, and middle and the fore. Not only must we avoid defeat; we must win to make progress in the championship. That demands absolute seriousness and diligence and only the best legs will do.”
The Eagles failed to fly in both group phase games so far, after showing ability in a 2-0 win over Sierra Leone the day after arriving in Ghana for the tournament.
Apart from the pressure on the African Nations Championship-bound Eagles to achieve victory (Ghana failed to qualify for CHAN after losing to Burkina Faso right in Kumasi after a 2-2 draw in Ouagadougou), and Ghana’s commitment to pacifying home fans for the pitfall suffered in the hands of Burkina Faso, the 66-year old rivalry between both nations will make it a ferocious affair in Cape Coast.
In the early days of the rivalry, Nigeria won more matches in the Jalco Cup, but Ghana had the upper hand in the Nkrumah Cup and Zik Cup encounters that followed, both trophies named after major pan-African figures Osagyefo Kwame Nkrumah and Dr. Nnamdi Azikiwe.
Among the most memorable encounters between Nigeria and Ghana in those 66 years were a 2-2 draw in a 1962 World Cup qualifying match in Lagos in September 1960 (Ghana had won the first leg 4-1 in Accra); a 2-2 draw in an Africa Cup of Nations qualifier in Accra in April 1961 (the first leg in Lagos ended 0-0); a 2-1 win for Nigeria in a 1970 World Cup qualifier in Ibadan in May 1969 (the return in Accra ended 1-1); a 4-2 win for Nigeria in the 2nd All-Africa Games football tournament opener in Lagos in January 1973; a 3-2 win for Ghana in a World Cup qualifier in Lagos in February 1973 (match was abandoned and later awarded 2-0 to Ghana); a 1-1 draw in a 1978 Africa Cup of Nations match in Accra: a 2-1 win for Nigeria in a 1984 Olympics qualifier in Accra in October 1983; a 2-1 win for Nigeria in a 1984 Cup of Nations match in Bouake; a 1-0 win for Ghana in a 1992 Cup of Nations qualifier in Accra in September 1990 and; a 3-0 win for Nigeria in a 2002 World Cup qualifier in Port Harcourt in July 2001 that qualified Nigeria for the Korea/Japan finals.