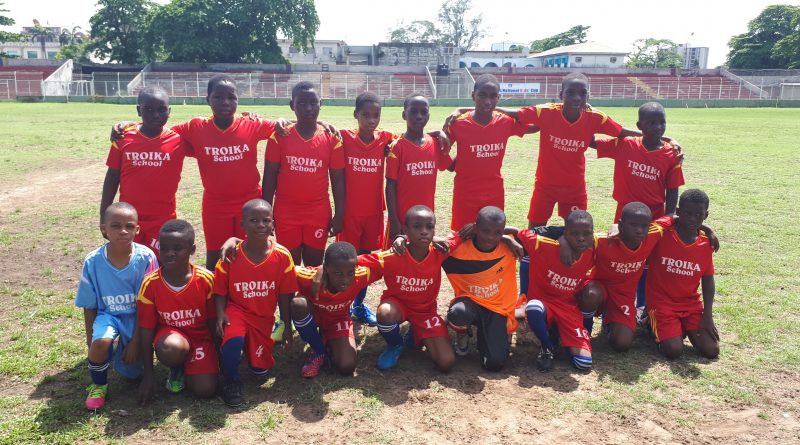 The organizing committee of the Channels Kids Cup has confirmed readiness for the first international edition of the grassroots football tournament, Extrasportsnigeria.com reports.

The competition is holding in it’s ninth edition and the first in its international series after schools from Ghana and Benin Republic confirmed availability to compete with fourteen schools chosen from the six geo-political zones in Nigeria.

The organizers again affirmed that the competition is for primary school pupils under the ages of thirteen and operates with a philosophy of zero tolerance to age cheat. The tournament has a strict screening policy and the process is repeated on match days to ensure schools comply with the rules and regulations of the tournament.

The chairman of the organizing committee, Steve Judo, said this year’s edition has a major objective of promoting football at the grassroots.

He said, ”It goes beyond playing football. We are teaching these kids the core values that will make them good sportsmen and also making them understand the essence of combining education and sports from an early age.”

The Channels Kids Cup has also been endorsed by the Nigeria Football Federation. First vice president of the federation, Seyi Akinwunmi, who also doubles as the Chairman of the Youth Development Committee described the competition as a model for football development in the country.

”Every year, the Channels Kids Cup keeps getting better and the NFF will continue to support the project the best way we can. It is a laudable platform to discover and nurture future champions. We should monitor it closely,” Akinwunmi said.

Some players from the Channels Kids Cup are already having promising football careers. The 2013 Most Valuable Player, Million Koma is now a player of Enugu Rangers and emerged the highest goalscorer at the recently concluded NPFL U-15 promises tournament.

Simon Akpomedaye also featured in the 2013 edition with the Ogedengbe Primary School from Delta, after the tournament, he has featured for the Nigeria U-17 team, the Golden Eaglets and currently plays for Warri Wolves. In 2015, St. Paul’s Anglican’s Afolabi Yusuf dazzled at the Lagos preliminaries and was awarded scholarship to play football and further his education.

Schools will start arriving in Lagos for season nine of the competition from Saturday, May 20th 2017. The draw ceremony and unveiling of jerseys will be done on Sunday, May 21st while action will commence on Monday, May 22nd at the Teslim Balogun Stadium. The final game will be played on Children’s day, May 27th 2017.