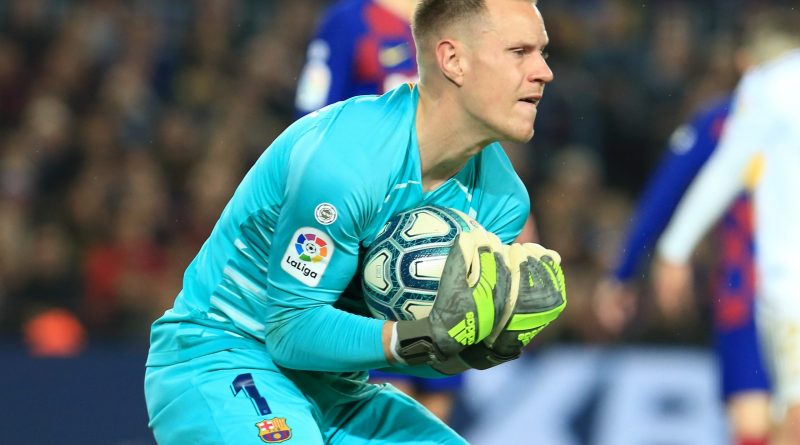 CHELSEA are certainly up for one of the biggest transfers this season. They could offer keeper Kepa Arrizabalaga a route back to Spain as they look to land Barcelona’s Marc-Andre ter Stegen as his replacement, according to reports.

Boss Frank Lampard is in the market for a new shot-stopper this summer having deemed £71million-rated Arrizabalaga not good enough to be his No1.

According to Mundo Deportivo, ter Stegen remains at the top of his transfer wishlist but Lampard has an uphill battle to secure his signature.

Barcelona are open to raising cash by selling a number of big names this summer but they insist their German goalkeeper is not for sale.

The Catalan giants have even been in negotiations since March to extend the 28-year-old’s contract that currently expires in two-years time.

Talks between agent and club have been ongoing and Chelsea are encouraged that he has yet to put pen-to-paper, The Sun UK has reported.

And they will attempt to lure ter Stegen to Stamford Bridge by sending Arrizabalaga in the opposite direction.

Despite his indifference in form since his move to England two years ago, Arrizabalaga remains highly rated in Spain from his time at Athletic Bilbao.

Arrizabalaga, 25, was axed in February for five games following a series of blunders but he is still touted to replace David de Gea as Spain’s No1 in the future.

Chelsea have also been linked with Atletico Madrid’s Jan Oblak who has a £120m release clause in his contract. And Manchester United youngster Dean Henderson is also an option if the Red Devils opt to keep their faith in De Gea.

The Blues are even willing to offer him a huge wage increase from £70,000 to a whopping £170,000-a-week having initiated contact with the player’s representatives.