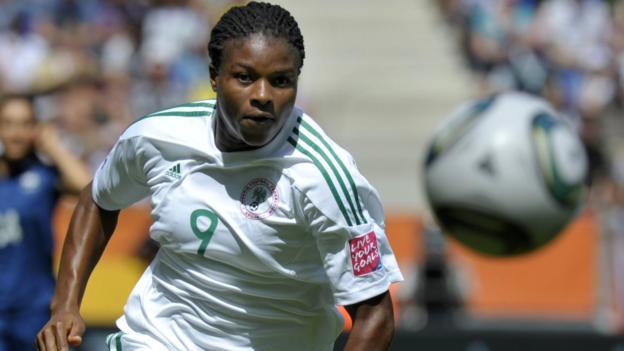 Super Falcons are set for a prestige friendly against France. The eight-time African champions are up against their French counterparts at the Stade MMArena in the city of Le Mans, France on Friday.

Coach Thomas Dennerby, whose maidens composed entirely of home –based professionals took third place at the WAFU Women Cup of Nations in Abidjan in February following penalty shoot-out defeat by Ghana in the semi finals, will have the complement of foreign-based players as well when they pitch battle with France as from 9pm on Friday next week.

US-based forward Courtney Dike and Ordega would be first arrivals in Le Mans on Tuesday, 3rd April – the same day the delegation from Nigeria will depart from the Nnamdi Azikiwe International Airport, Abuja. The Super Falcons will lodge at the Mercure Le Mans Centre.