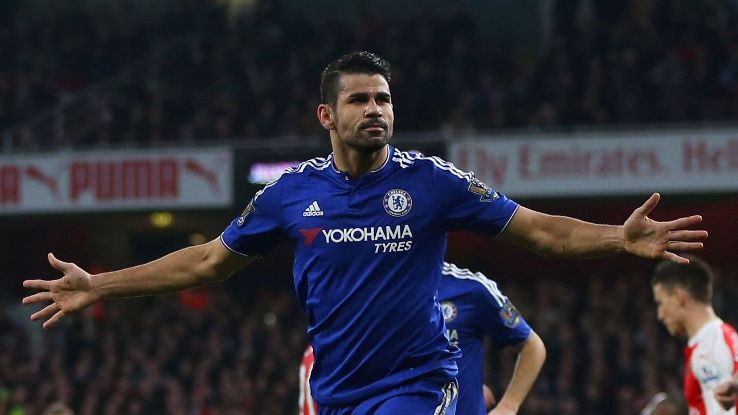 Chelsea manager Antonio Conte played down talk of a problem with Diego Costa after omitting the striker from his squad for Saturday’s 3-0 win at Leicester City.

Costa, Chelsea’s top scorer with 14 league goals, is thought to have been dropped after a training-ground row with fitness coach Julio Tous.

There are also reports he is the subject of an eye-watering offer from an unnamed Chinese club, but Conte said he had only been absent at the King Power Stadium because of a back injury.

“I repeat the truth because I like to tell the truth and not lie,” Conte told BT Sport.

“Diego stopped training on Tuesday because he felt a pain in his back and from that moment he didn’t train during the week. For this reason, he wasn’t available today. This is the truth.”

But Conte said, “I don’t know anything about this.”

Asked if he would need to speak to Costa and owner Roman Abramovich to resolve the situation, Conte replied: “If there are problems, I prefer to solve the problem in the changing room and not during the press conference.

“If, and I repeat if, there are problems.”

Chelsea host Hull City in their next league game and Conte said it was too early to say whether or not Costa would take part.

“It’s very difficult to tell this now,” said the Italian.

Wing-back Marcos Alonso scored twice and Pedro also found the net as Chelsea bounced back from their 2-0 defeat at Tottenham Hotspur to go seven points clear at the summit.

“You guys made up the story,” Alonso told the BBC when asked about Costa.

“Diego wasn’t feeling well because of his back. He’s very happy and will have a great enough season at Chelsea.”