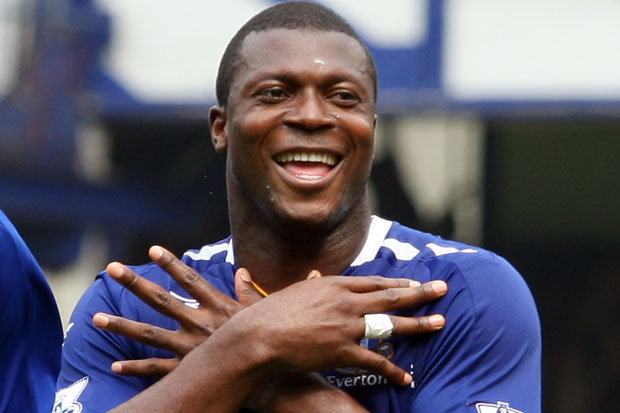 Coventry City manager is glad signing of ex-Everton star Yakubu Aiyegbeni on a short-term deal until the end of the season.

Russell Slade admitted that his new number 22 is lacking match fitness, said the attacker would bring experience to the squad and motivate the younger players on the team.

He said, “We’re pleased to have secured the signing of Yakubu, who brings vast experience and a terrific goal record, ” Slade told ccfc.co.uk.

“His professional career speaks for itself, having scored consistently at the highest level of English football, and will act as a superb role model for the younger players.

“He is astute on the ball, has clear quality and presence, and we’ll continue to work on his match fitness as we prepare for the final 16 games of this season.”

Yakubu is the top Nigerian scorer since the formation of the Premier League with 95 goals, ahead of Nwanwko Kanu (54), Efan Ekoku (52) and Shola Ameobi (43).

The 34-year-old joined the English League One side after a brief stint in Turkey with Kayserispor.

Yakubu during his time in England played in the Premier League for Blackburn Rovers, Portsmouth, Middlesbrough and Everton, as well as enjoying stints with Leicester City and Reading.