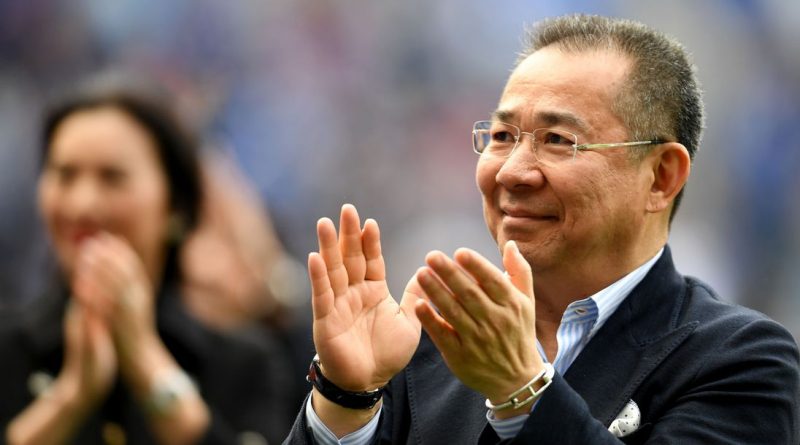 Leicester City football club’s owner Vichai Srivaddhanaprabha was among the people on board the helicopter that crashed at the King Power Stadium, sources informed Daily Miror.

At first, it was claimed that Srivaddhanaprabha daughter was on board the chopper as well, but Leicester City sources have insisted the club owner’s daughter was not on the tragic helicopter when it crashed.

Leicestershire police have issued a statement reiterating they continue to work towards providing an update on the helicopter crash.

The statement read: “We understand that many people are waiting for an update about the helicopter crash at King Power Stadium last night.

“We are working with a number of other agencies to get an update out to the public and press.

“Thank you for your patience and all your messages of support.

Earlier on Sunday the police confirmed that the Air Accident Investigation Branch (AAIB) were leading the investigation into the circumstances of the incident.

There has been no news on the condition of the involved, but the owner of Leicester City FC is feared dead after the helicopter crashed and exploded in flames seconds after take-off

The crash happened moments after taking off from the centre circle of the King Power stadium’s pitch, leaving fans and football players shocked and distressed.

It was around 8.30pm local time on Saturday, about an hour after Leicester City’s Premier League match against West Ham in which the teams drew 1-1, the helicopter took off from the Leicester City King Power Stadium.

Witnesses said the helicopter seemed to spiral out of control moments after it set off from Leicester’s King Power Stadium.

In a statement released Sunday morning, the Air Accident Investigation Branch (AAIB) said: “The aircraft came down in a car park near the stadium shortly after 8.30pm yesterday evening (Saturday 27 October) with Leicestershire Police, East Midlands Ambulance Service and Leicestershire Fire and Rescue Service all responding to the incident.

“A cordon is currently in place at the scene to enable the AAIB to examine the area and complete their initial enquiries.

He said on Twitter: “I’ve been in touch with our emergency services and thanked them for responding so quickly.

“Our hopes and prayers for all those caught up in this desperately awful incident.”

A man, who wished to not be named told Sky Sports News he saw Leicester’s goalkeeper Kasper Schmeichel run to the scene of the crash moments after it happened.