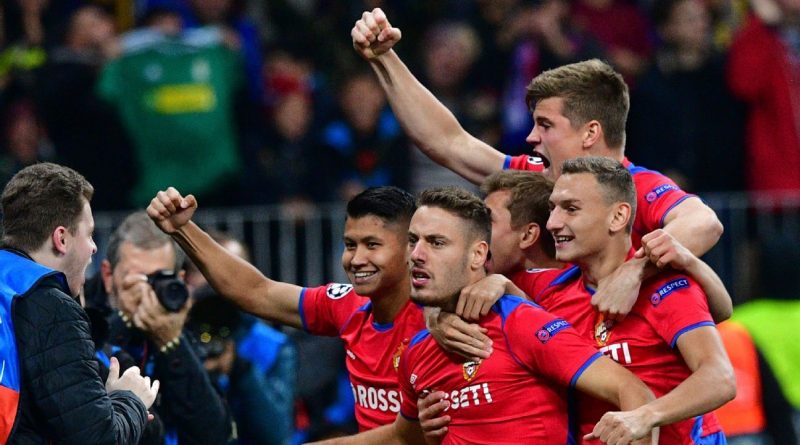 Real Madrid suffered a humiliating 3-0 defeat at the hands of CSKA Moscow in the Champions League on Wednesday.

CSKA Moscow completed a shock double over the Madrid team by winning 3-0 at the Santiago Bernabeu, but sadly it was not enough to earn them a place in the Europa League. They completely dropped out.

CSKA had beaten the Champions League holders 1-0 in the Russian capital earlier in their Group G campaign. However Goal reports that CSKA needed to pick up more points than Viktoria Plzen to prolong their European interest, but were denied by a 2-1 win for the Czech side over Roma.

Fedor Chalov, Georgy Schennikov and Arnor Sigurdsson scored the goals for CSKA on a humiliating night for Madrid, who were subjected to whistles from the home fans at full-time.

It was a much-changed Madrid side who dominated possession in the early stages, but they found goalscoring opportunities limited, with Marco Asensio seeing a tame low strike comfortably saved by goalkeeper Igor Akinfeev.

When the opener arrived in the 37th minute, it was completely against the run of play.

Sigurdsson carried the ball goalwards before offloading to Chalov on the edge of the box, the striker steadying himself before placing a shot beyond the reach of the diving Thibaut Courtois.

That lead was doubled to the bemusement of Madrid fans six minutes later, when a Mario Fernandes shot bounced off Courtois and Schennikov raced into the box to finish the job.

And the points were in the bag for CSKA after 73 minutes, when Sigurdsson swept home from the edge of the box to complete a most unlikely victory.