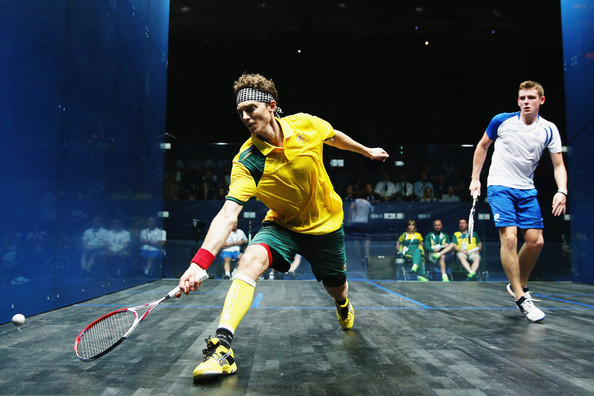 The maiden Chamberlain Squash Open (CSO), which took off at the weekend in Lagos has been rated as a competition that can chat a new frontier for the game of squash in Nigerian, Extrasportsnigeria.com reports.
Sponsor of the event Chamberlain Usoh, who spoke with the media in Lagos, said he had full confidence in the leadership of the new president of the federation, Boye Oyerinde, to take squash to fresh heights.
He said about $12,000 is up for grabs at the tournament which is featuring both local and international players. The competition however does not have doubles event. Some of the players arrived in the country during the week. One of the key reasons for sponsoring the championship he revealed is to ensure that more Nigerians get ranked in the Professional Squash Association (PSA) table.
In his remarks, Oyerinde thanked the sponsor for finding squash as a veritable for sports sponsorship and assured that they will not be disappointed with their investment in the tournament. He added that the new squash board has been reaching out to great minds of the past to help reposition the sport.
He said, “Former President of the board, Dr Kayode Roberts is on the board and we have been making moves to bring people like FRA Williams and George Etomi, so that we can together move the game forward and the discussions with these great men have so far been fruitful.”
Oyerinde, said one of the fresh ideas is to revive the annual Chairman’s Squash tournament for sports journalists, that was initiated by Roberts and the event would coincide with a major national or international tourney.