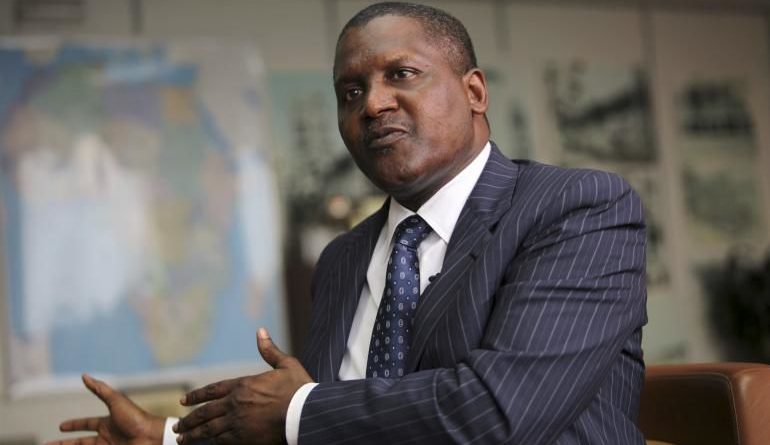 Nigerian billionaire Aliko Dangote has said he would sack Arsene Wenger if his long-promised takeover of Arsenal is ever successful.
Africa’s richest man, valued at £10billion by Forbes earlier this year, has publically and repeatedly expressed his desire to take over at the Emirates for several years and saw an initial bid to join Arsenal’s hierarchy collapse in 2010.
And in a fresh interview with Bloomberg, Dangote once more affirmed his desire to invest in the north London side once he completes a major oil refinery project in Lagos.
And it has been made clear that any successful bid from the 60-year-old could spell doom for Wenger.
“The first thing I would change is the coach,” Dangote said. “He has done a good job, but someone else should also try his luck.”
It is not the first occasion in which Dangote has promised major shake up at the Emirates. He made similar comments about Wenger in May 2015.
The Arsenal manager would fear no such challenge from current majority shareholder Stan Kroenke, with whom he agreed a two year contract extension at the end of last season.
Kroenke insisted in May that he was a “committed, long-term investor” in Arsenal after his company had rejected a £1billion takeover bid from Alisher Usmanov, who owns a 30 per cent stake in the club.
The offer valued Arsenal at £2bn and the wealthy Nigerian is convinced he could tempt Kroenke and Usmanov into selling up.
He said, “If they get the right offer, I’m sure they would walk away. Someone will give them an offer that will make them seriously consider walking away.
“And when we finish the refinery, I think we will be in a position to do that.”
Dangote, an Arsenal fan had been in talks with a former shareholder Lady Nina Bracewell-Smith about a deal seven years ago but saw a deal fall apart.
It is believed that the commodities tycoon is worth nearly £4bn more than Kroenke though his wealth has reportedly been eclipsed by Usmanov in recent years.