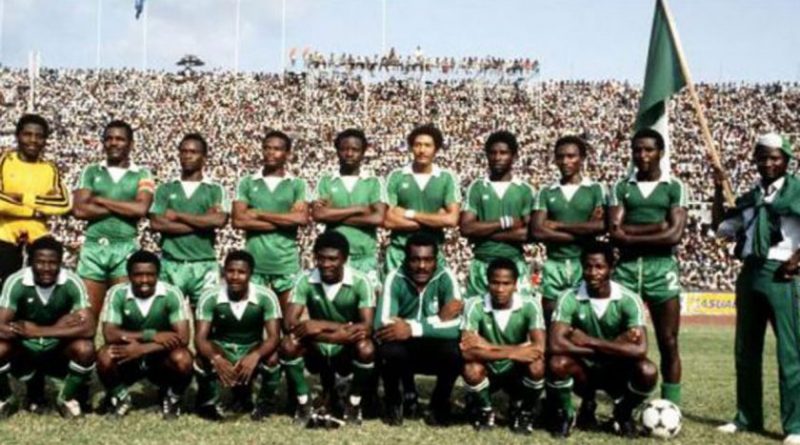 Forty years after winning the most coveted football trophy on the continent, Youth and Sports Development Minister, Sunday Dare has lavished encomium on the victorious 1980 Green Eagles.

Exactly 40 years ago on March 22nd 1980, the Green Eagles led by Christian Chukwu defeated Algeria 3-0 in Lagos to cart home the African trophy for the very first time.

Speaking on the 40 years anniversary of the victory, Dare said: “We salute the gallantry of the victorious 1980 Nations Cup winning Green Eagles for bringing glory and honour to our fatherland. Their feat opened a new chapter in the history of Nigerian Football and inspired generations of younger players to excel on the field of play. They not only arrested the attention of world football, they opened opportunities for others to pursue professional football.

“A big congratulations to all members of that great team for winning the Nations cup for the first time on home soil. Their achievement brings fond memories to us about the never say die Nigerian spirit.”

Dare said the Government had planned to celebrate the 40 year anniversary by honouring members of the epoch making team, but this has been put on hold due to the outbreak of Covid-19 which  led to the suspension of all sporting activities.

“We were planning to celebrate this anniversary in style in honour of these great patriots, but due to the covid-19 scourge, we had to put it on hold. Once the situation returns to normal, we shall celebrate these worthy Nigerians. We shall continue to honour those that have won laurels for our great country. Their immense sacrifice cannot be forgotten.”

Nigerian Football Ambassador, Daniel Amokachi described the team “as more talented than the 1994 Nations Cup Super Eagles squad.” “The 1980 Green Eagles are the most talented Nigerian team, they were even better than the 1994 Squad that a lot of Nigerians considered very talented. This team is under celebrated. Imagine a team that had Best Ogedegbe, Kadiri Ikhana, Muda Lawal, Segun Odegbami, Adokiye Amiesimaka, Christian Chukwu, Tunde Bamidele, Aloysius Atuegbu and Henry Nwosu among others. We have not done done justice to these players because there are no archives detailing their achievements. Television was not too common then, so a lot of younger generation did not watch them play. Each time I watch the old video, I get inspired. They deserve to be celebrated more because their achievement encouraged a lot of younger players. They were not only talented; they were patriots and heroes who opened up opportunities for many younger players.

“They have a big space in the history of not only Nigerian Football, but Africa and the world at large. They can never be forgotten any time the history of football is discussed.”