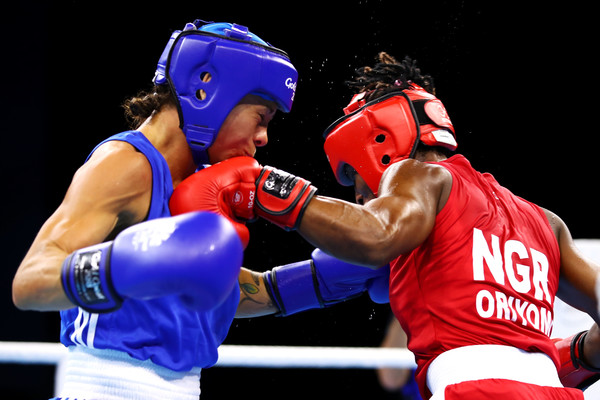 Nigerian female boxer at the ongoing Commonwealth Games, Ayisat Oriyomi who was rushed to the hospital after she lost her quarter final bout to Northern Ireland’s Carly McNaul at the Oxemford Studios boxing event of the in Gold Coast, Australia has rejoined her colleagues at the Games Village.

There was joy when it was announced to the Nigerian contingent that the boxer who fought in the Women’s 51 kg had been discharged, Extrasportsnigeria.com reports.

Ayisat ran into a barrage of punches that left her quite dazed and she quickly informed her coach that she was no longer seeing her opponent and became defenceless.

Coach Anthony Konyegwachie had to throw in the towel to save her from further punishment.

On Wednesday Oriyomi could not copy the semi-final feat of her compatriot Yetunde Odunuga as she fought in the women’s flyweight class (51kg).