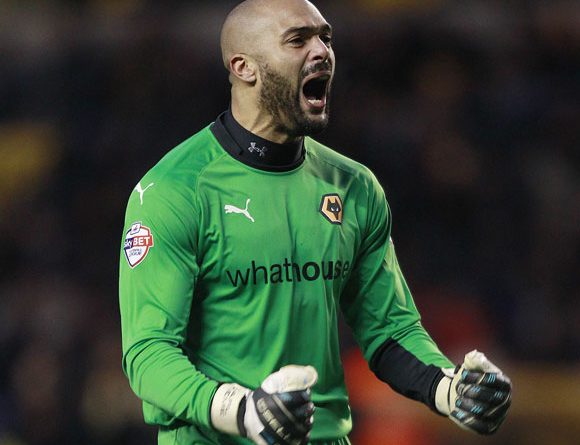 Footballers across the world have continued to show solidarity for Nigeria and Wolves goalkeeper Carl Ikeme whose diagnosis for acute leukaemia became public on Thursday, Extrasportsnigeria,com reports.

Ikeme is to begin chemotherapy after being diagnosed with acute leukaemia. Wolves said on Thursday Ikeme, 31, returned “abnormal blood tests” during pre-season testing and further checks confirmed the diagnosis. Ikeme has been with Wolves for his entire career, making more than 200 appearances for Wanderers. And he became Nigeria’s number one goalkeeper in October 2015 following the sudden resignation of Vincent Enyeama from international duties.

On Friday, Manchester United goalkeeper David de Gea posted on his Twitter handle, “All goalkeepers and the football family are with you!”

Former Super Eagles captain, Enyeama, was amongst the first set of players that wished Ikeme well on Thursday night. Enyeama wrote via his Twitter handle @vinpe,: “God be with him @Carl_Ikeme @NGSuperEagles we pray for success and healing.”

Norwich City midfielder Matt Jarvis also wrote, “Stay strong big man! Wishing you my best! @Carl_Ikeme” and Bolton Wanderers striker, Adam Le Fondre‏, also noted via the same channel, “Absolutely gutted to hear that @Carl_Ikeme has leukaemia. One of football’s top guys! My thoughts are with you and your family!!”