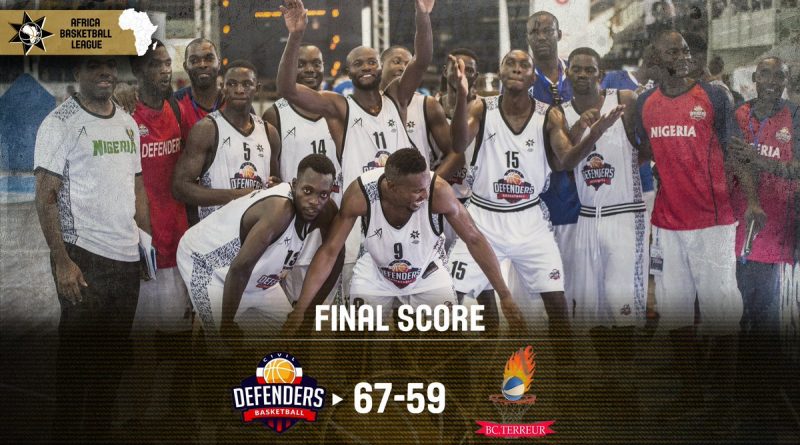 Defenders Basketball Club of Nigeria began their debut African Basketball League campaign on a high note beating BC Terreur 67-59, Extrasportsnigeria.com reports. The match was played in Cotonou, Republic of Benin on Friday as part of the African league for the elite clubs.

It was indeed a comeback day for the Nigeria representatives as they trailed 18-7 at the end of the first quarter. The teams tied at 18-18 by the close of the second quarter but that still left them trailing by 11 points (Defenders 25, BC Terreur 36) when the teams stepped off the court for the break.

When the teams returned to the court, the Savannah Conference champions won the third quarter 22-11 and wrapped it up at 20-12 for the fourth quarter.

Ibe Abuchi Agu finished with a double-double hitting 23points and 15 rebounds and 2 steals while while Ocheibi Okpe h shot 13 points.