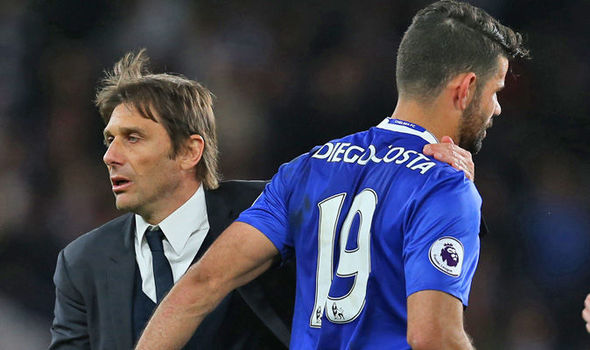 The Atletico Madrid striker insists there is no bad blood between the pair but then labelled the Italian as “suspicious” and insisted he “would never last a season at Real Madrid.”

Costa and Conte spectacularly fell out during their time at Chelsea, with the former Blues manager informing the striker he was no longer needed via a 27-word text.

Conte reportedly wrote: “Hi Diego, I hope you are well. Thanks for the seasono (sic) we spent together. Good luck for the next year but you are not in my plan.”

Costa simply replied “Ok,” and then flew to Brazil, claiming he had been treated “like a criminal.”

And the 31-year-old told ESPN: “(Conte and I) had problems off the pitch, but I think he is a really good manager.

“I have no hard feelings towards Conte, but to be a top, top manager, he needs to change the human side of his management.

“He is very suspicious. At a team like, say, Real Madrid, he would never last a season.”