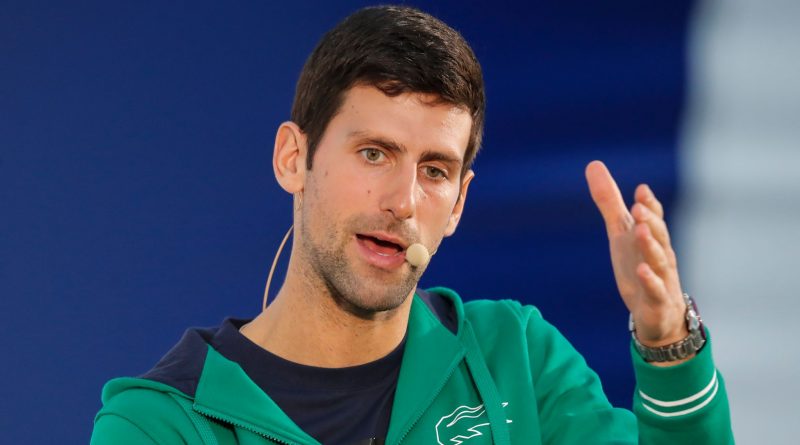 World Number 1 Novak Djokovic is among four players who have tested positive for COVID-19 following their participation in the Adria Tour, an exhibition series.

Djokovic confirmed today, Tuesday that he and his wife Jelena had tested positive for the virus. Grigor Dimitrov, Borna Coric and Viktor Troicki, who also played in the series, which has made stops in Belgrade, Serbia, and Zadar, Croatia, have also tested positive.

Djokovic said in a statement: “We organised the tournament at the moment when the virus has weakened, believing that the conditions for hosting the tour had been met… I am extremely sorry for each individual case of infection. I hope that it will not complicate anyone’s health situation and that everyone will be fine.”

The remaining Aria Tour events in Banja Luka and Sarajevo have now been cancelled, Djokovic’s brother Djordje has confirmed.

“Unfortunately, due to all the events that happened in the last few days, we have decided that the most important thing right now is to stabilise the epidemiological situation, as well as for everyone to recover,” said Djordje Djokovic, who is a director of the tournament.

Britain’s Andy Murray said the positive tests were a “lesson for us”, while Australian Nick Kyrgios called playing a “bone-headed decision.”