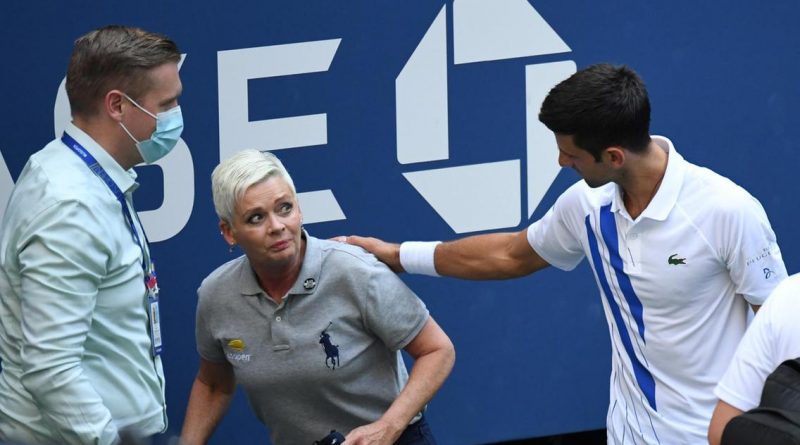 Novak Djokovic deserved to be disqualified from the US Open when he hit a line judge with reckless though unintentional ball abuse, Serbia’s former Davis Cup coach Bogdan Obradovic told Reuters on Monday.

World number one Djokovic was disqualified while trailing Spaniard Pablo Carreno Busta 6-5 in the opening set of their fourth-round tie on Sunday, striking a line judge with a petulant swipe of the ball.

The incident happened after Djokovic squandered three set points on his opponent’s serve and then dropped his own, handing the Spaniard the initiative.

“He drove through a red light,” Obradovic, who was in charge of a Djokovic-led Serbia team which lifted the 2010 Davis Cup, told Reuters by telephone.

“I feel sorry for him because he was in good form and on course to win his 18th Grand Slam title, but the rules on ball and racket abuse are clear and they apply to everyone.

“He dragged himself into the mud by making a silly mistake in unfortunate circumstances. We are all human and we all vent our frustrations sometimes, but there is no excuse for putting someone in harms’ way, albeit unintentionally.

“The most important thing is that the lady is fine and people saying that it wasn’t that bad should really revisit that position and put themselves in her shoes.”

Serbian fans jumped to Djokovic’s defence on message boards in the aftermath of the incident, with some suggesting the line judge struck by the ball “embellished her pain” and reacted as if she had been “hit by a soccer ball.”

Obradovic’s peer Radmilo Armenulic, who coached the former Yugoslavia Davis Cup team in the 1980s and 1990s, told Reuters he was shocked with the decision though he acknowledged Djokovic also had himself to blame.

“To be honest, I was hoping for more lenient punishment because Djokovic saved this year’s U.S. Open by entering the tournament amid the coronavirus pandemic,” he said.

“(Rafa) Nadal pulled out and (Roger) Federer is recovering from knee surgery so they really needed him there. But it’s as if they couldn’t wait to expel him.

“Then again, he gave them cause with a reckless reaction. Very unfortunate, but he will recover from this and move on because he is mentally strong.”