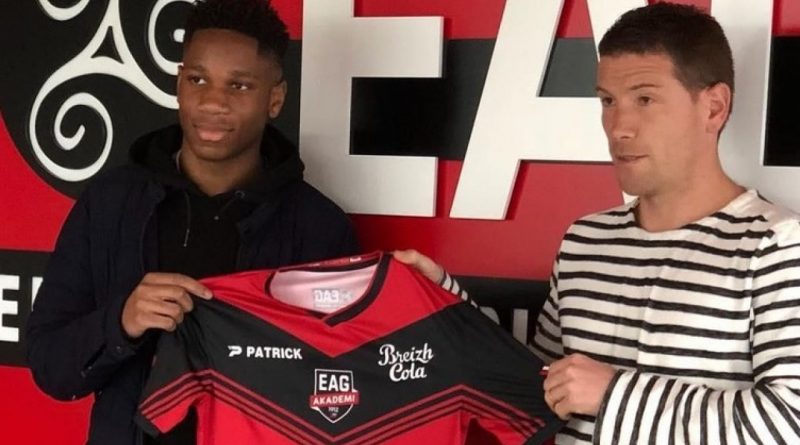 Isaac, who – like his father – plays as a striker, played for Chelsea’s academy much earlier.

Didier Drogba, who scored 24 goals in 50 appearances for Guingamp, posted on Instagram, “Couldn’t be more proud of you Isaac Drogba.”

Two of his former Chelsea team-mates were among those to reply, the BBC reported.

And Frank Lampard added, “Congratulations! I remember Isaac as the small polite boy! Now a man!”

Drogba spent less than two seasons at Guingamp’s Stade de Roudourou before signing for Marseille, where he spent a year before joining Chelsea in 2004.

The legendary Ivorian went on to win the Premier League four times, the FA Cup four times and the Champions League, as well as playing 104 times for the Ivory Coast.

In an interview in 2015 he said his son, who was born in France, wanted to play for England.