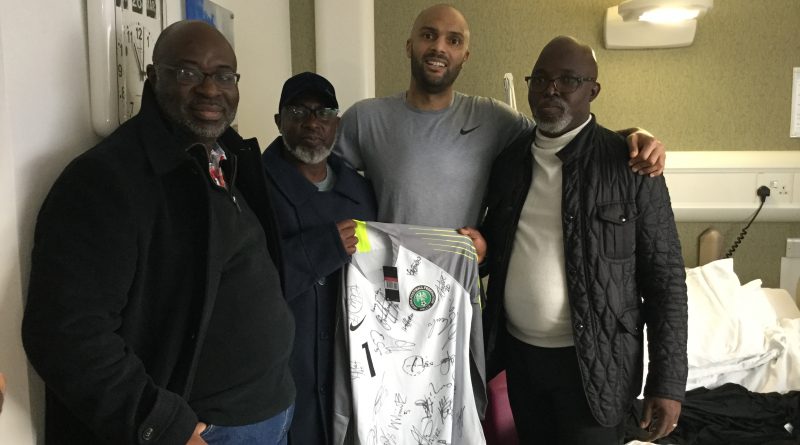 The board had vacated the secretariat earlier this month after the Minister of Youths and Sports Development, Solomon Dalung, asked the NFF to comply with a Supreme Court order on Chris Giwa’s 2014 election.

The minister claimed that the directive was a reaction to a written notification by the Attorney-General of the Federation and Minister of Justice asking the sports ministry to ensure compliance.

Giwa took over the secretariat and acted as the President of the NFF based on the court order – a development that prompted FIFA President Gianni Infantino to warn that Nigeria risked sanctions.

However, a number of Department of State Services (DSS) officials were reported to have taken over the premises to eject Giwa and his board on Monday. Sanusi, who confirmed he had returned to his duties in the federation’s secretariat at Wuse in Abuja said the situation was now under control.

Pinnick was away at Morocco where he attended the CAF Conference of African participants in the Russia 2018 World Cup. The atmosphere at the secretariat’s Wuse Zone 7 offices was calm as staff went about their duties.

“I am back to my office, and the Pinnick-led board is back,” Sanusi told the News Agency of Nigeria.

“When the DSS officials came in, they refused to allow anyone to enter the premises. But I came in and spoke with the staff and urged them to be law-abiding.

“I told them to bear in mind that they are civil servants and should not get involved in the politics. Thereafter, I ushered all into their offices and everyone is going about their duties.”

“If the government had given (earlier) directives, we would not have been where we are.”

He however assured that the situation was not going to affect the development and organisation of football in the country.

“By the grace of God, we are going to do everything humanly possible to move the game forward, and I have always said that honesty is the best policy.

“Whatever you are doing, you have to stand by the truth because posterity will judge you.”