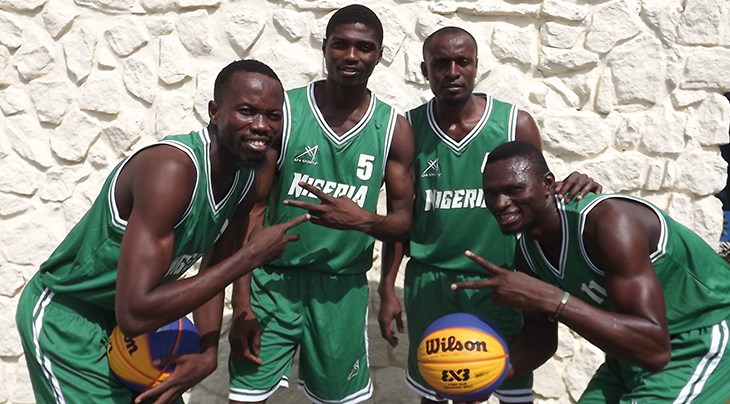 Nigeria’s men’s 3×3 team on Wednesday left Nigeria for the 2018 FIBA 3×3 World Cup holding in Philippines. The competition is holding between June 8th and 12th Extrasportsnigeria.com reports.

The 4-man team which departed from the Murtala Muhammed International Airport in Lagos aboard a Qatar Airways flight was led by the Director of 3×3 Nigeria, Frank Jituboh.

The players are Azuoma Dike, David Godwin and Lucky Subel all from Kano Pillars Basketball Club and captain, Yahaya Abdul.

Abdul is hopeful that Nigeria, the current African champions can make an impression despite making their World Cup debut.

He said, “We have been in camp in Abuja for the last 3 weeks and we are prepared for the task ahead. We are in high spirit and ready to bring more honour to Nigeria.”

Yahaya said the experience they garnered in Togo during the FIBA Africa 3 Championship where they defeated Congo in the finals has prepared them for the challenges ahead in Manila, Philippines.

Jituboh thanked the Nigeria Basketball Federation under the leadership of Musa Kida for total support given to the team.

“Kida was the first person who saw the 3×3 vision and decided to invest in it through his AMK Foundation when he was not even the President. I am not surprised that as the president of NBBF, he has continued to support the latest basketball format which has continued to grow.”

The team is in group D alongside Ukraine, Croatia, Jordan and Latvia.

They are expected to play two matches against Ukraine and Croatia while on Sunday, it will be an encounter against Jordan and Latvia to determine their quarter final fate.