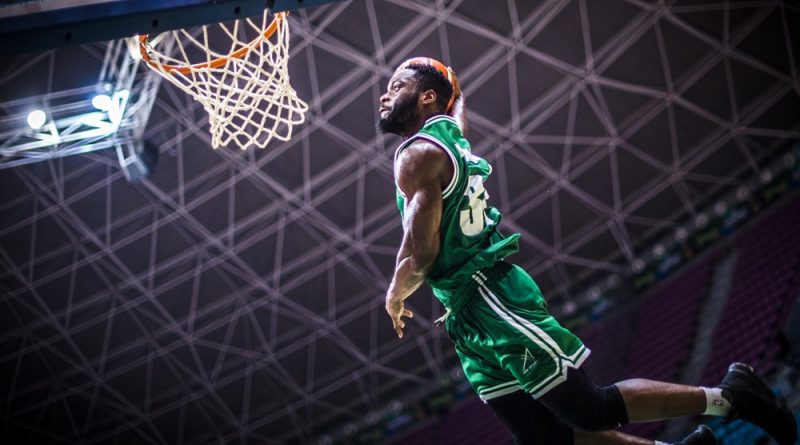 Nigeria’s men’s basketball team, D’Tigers will return to the country in the early hours of Monday aboard a Royal Air Maroc flight, Extrasportsnigeria.com reports. Tunisia defeated Nigeria 77-65 to dethrone them as the African champions.
The Nigeria Basketball Federation announced on Sunday the team would return without the team captain, Ike Diogu who will head straight for United State of America due to family commitments. Diogu was the most outstanding player and was thus voted Most Valuable Player of the tournament by the organisers.
The delegation which will be led by the President of the NBBF Musa Kida is expected to arrive through the Murtala Muhammed Airport, Lagos at about 3.30am.
The 2015 champions who were just in camp for about 2 weeks before their title defence surpassed their pre-tournament expectation by getting to the finals, defeating continental powerhouses like Senegal and Cameroon in the quarter finals and semi finals respectively.
The D’Tigers captain emerged the tournament’s leading scorer with an average of 22 points per game while Nigerian guard Ikenna Iroegbu who made his Afrobasket debut was also named in the tournament’s best 5.
The 34 year old Diogu who recorded a tournament-high also averaged 8.7 rebounds per game at the 16-team FIBA Africa’s most important competition.
Diogu was also the tournament’s highest scorer with a total of 132 points as he powered the D’Tigers to the finals after emerging as the team’s highest points scorer in four of their six games.