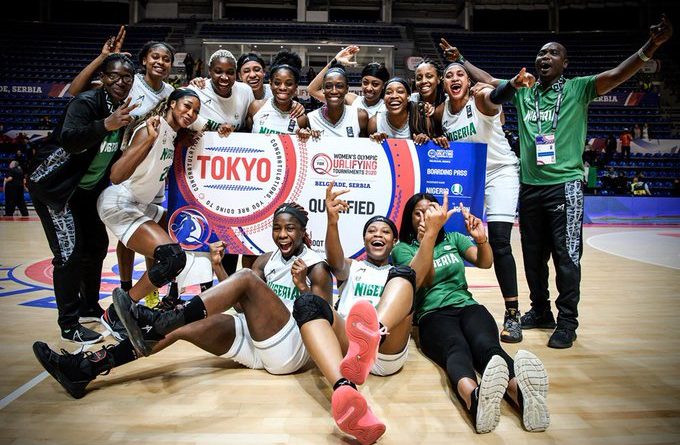 D’Tigress will on Tuesday, 27th of July square up against USA for its opening game at the Tokyo 2020 Olympics according to the official fixture released by FIBA on Tuesday.

The reigning African champions who missed out of the Rio 2016 games will be presented another chance to prove a point against the team they narrowly lost to at the 2020 Qualifying Tournament in Belgrade.

Friday, 30th of July will see the coach Otis Hughley side file out against world number five-France before their last game against hosts – Japan (10th) on Monday, 2nd of August for the conclusion of group B games.

D’Tigers on the 29th of July will battle Australia in group B at the Saitama Super Arena in Tokyo.

Alongside Australia, the number one ranked team in Africa currently on a 9-match unbeaten run in all competitions will also play winners of the Olympics Qualifying Tournaments from Serbia and Belgrade between the 29th of June and 4th of July.

Following the completion of the group games, the top two teams in each group and the two best losers will qualify for the quarter-finals.

They will be divided into Group D (best 4 teams) and Group E (remaining 4 teams). The quarter-finals pairings for the men will be decided on 1st of August with the women’s tournament draws taking place the following day.

Women’s games QF actions will be on Wednesday, August, 4th before the Semi-Finals and the Bronze Medal Game on Friday, 6th of August and Saturday, 7th of August respectively.

For the men, their quarter final games will come up on the 3rd of August before the semi-finals two days later.