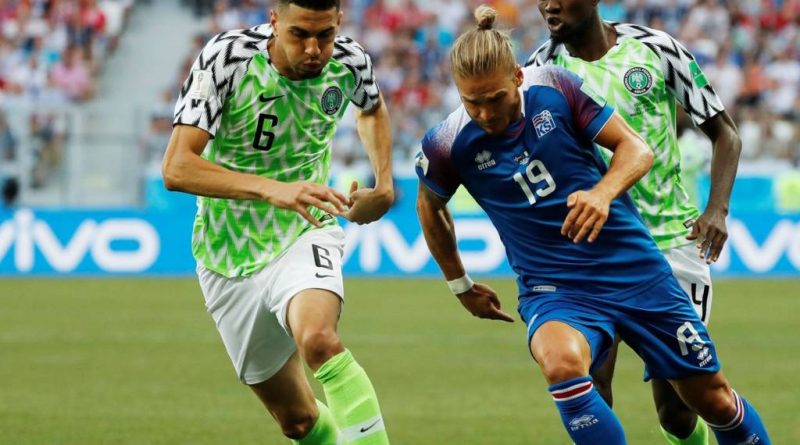 Super Eagles have flown back to their World Cup team base camp in Essentuki. And now they want that further drumming and singing be kept on hold until the final whistle against Argentina in Saint Petersburg on Tuesday.

Victory over Iceland on Friday took Nigeria to second place in Group D of this FIFA World Cup but the three-time African champions must avoid defeat against the desperate South Americans in the giant arena in Krestovsky to make progress to the knockout rounds.

Croatia top Group D with six points and a plus five goals advantage, with Nigeria second on three points and equal on goals scored and conceded, while Iceland and Argentina lie further back with a point each. Croatia will tackle Iceland at the same time (9pm Saint Petersburg; 7pm Nigeria) in Rostov-On-Don.

Captain Mikel John Obi, who played with pains in the final minutes against Iceland, said the squad was fully concentrated on the match against Argentina which would determine further interest at the World Cup finals.

Mikel said, “We have celebrated the win yesterday but today is another day and the focus is on Argentina. That is the only thing on our minds now. It is important that we keep the focus and plan our strategy quite well.

“We thank Nigerians from all over the world for their support. Their faith in us and their belief in our ability have continued to propel us. We will set up very well against Argentina to get a result.”

FIFA President Gianni Infantino watched the match at the Volgograd Arena, which was attended by 40,904 spectators. NFF President Amaju Pinnick, a Member of the CAF Executive Committee and Member of the Organizing Committee for FIFA Competitions, sat with Infantino, and the full complement of the NFF Board was present.