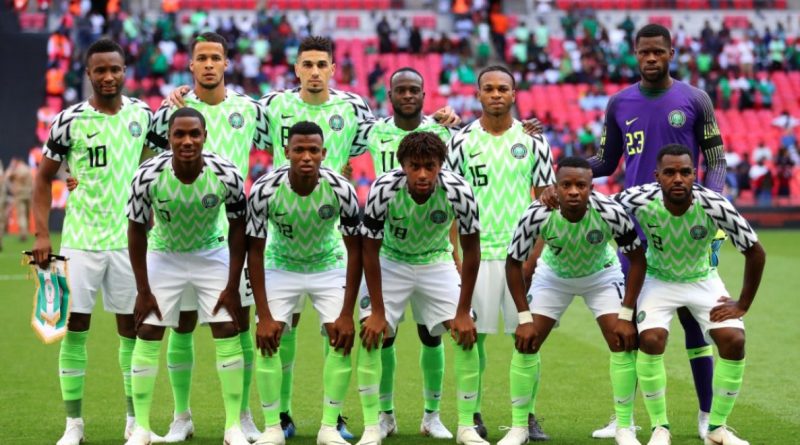 Super Eagles and the extended Nigeria delegation to Tuesday’s 2019 Africa Cup of Nations qualifying match between Nigeria and Libya landed safely in the Tunisian city of Sfax on Monday evening. The Eagles proceeded to train soon after at 7pm. Nigeria and Tunisia are on the same time zone.

The chartered Max Air aircraft that took off from Uyo and had a stop-over in Kano to refuel touched down at the Sfax Airport at 4pm and the players and team officials immediately headed to their Zeitouna Hotel residence for a short rest before the official training session.

The three-time African champions, 4-0 winners of the first leg encounter in Uyo on Saturday, trained for one hour at the Stade Taïeb Mhiri ahead of Tuesday’s big clash.

A win for Nigeria on Tuesday would take the Super Eagles much closer to a place at the 2019 AFCON finals to be staged in Cameroon, and the words of leader of delegation Akinwunmi was ringing in the players’ ears as they trained.

“We have come here determined to pick the three points at stake and make the road much smoother for us towards Cameroon 2019. The players did a great job in Uyo on Saturday and all they need is step up a gear here and amass another three points.

“We have confidence in the players that we have here, as well as the technical crew, and we believe they will do the job.”

Nigeria lie second on the Group E table with six points, one less than leaders South Africa, ahead of Tuesday’s Matchday 4 battles. South Africa are also away, to Seychelles in Mahe Island on Tuesday.

Match officials for the encounter in Sfax are already in town for the game starting at 7pm Tunisia time (same time as Nigeria), with Botswana official Joshua Bondo as the referee.