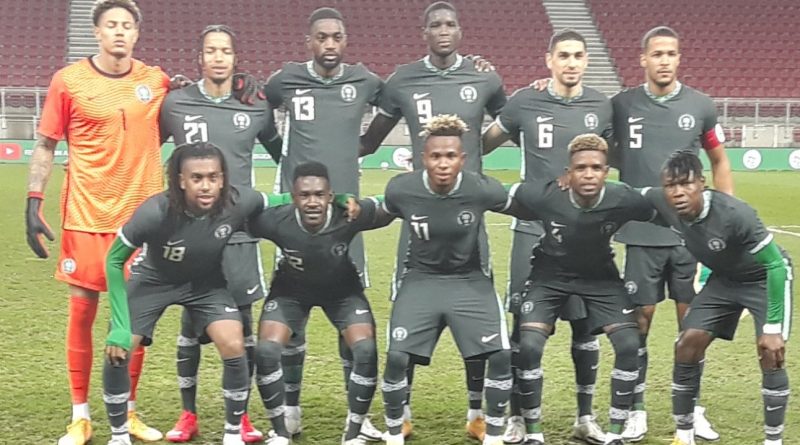 The Super Eagles delayed picking their 2022 Africa Cup of Nations qualifying ticket as they could only share points in a scoreless draw with the Leone Stars of Sierra Leone in Freetown on Tuesday.

Spurred on by a special incentive of a blank cheque made by President Julius Maada Bio should they defeat Nigeria, the Sierra Leoneans approached the game with all seriousness, and sought to wear down the Eagles with their team work, cohesion and fast breaks.

Yet, it was Nigeria that created the early chances, with Ahmed Musa shooting wide and goalkeeper Mohamed Kamara saving from Kelechi Iheanacho within the first three minutes. In the 11th minute, Mohamed Turay, who pestered the Eagles’ defence relentlessly, headed over the bar from a cross by Kei Kamara.

In the 22nd minute, Maduka Okoye saved from Kwame Quee, and on the half hour, Iheanacho wasted a great chance to put Nigeria ahead by shooting wide just outside the box. Two minutes later, Joseph Ayodele-Aribo, needing just to place the ball beyond the goalkeeper in the box, fluffed his lines.

Iheanacho wasted another opportunity in the 37th minute, before the Leone Stars came agonisingly close on two occasions before referee Tawel Camara Younoussa blew for half time.

The ding-dong continued in the second half. In the 52nd minute, after great work by Samuel Chukwueze and gifted the ball to simply place beyond the reach of goalkeeper Kamara, Iheanacho again lifted the ball too high. Alex Iwobi and Iheanacho also missed chances as the game wore on, but the Leone Stars also had their own chances, with Turay, Kei Kamara and Mustapha Bundu raiding the Nigeria goal area now and again.

The draw keeps Nigeria at the top of Group L with eight points, one more than second-placed Benin Republic, who also ended their encounter with Lesotho in Maseru scoreless. Sierra Leone stay third with three points, and Lesotho bottom of the table with two.

Next up for the Super Eagles is the Day 5 clash with second-placed Benin Republic in Cotonou in March 2021.