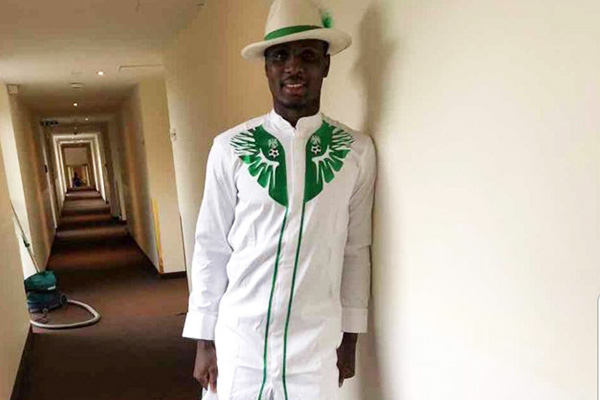 The Super Eagles will end their pre-World Cup camp in Austria on Monday and leave for Russia on the same day aboard a chartered flight. They arrive in Moscow ahead of their opening Group D game against Croatia in specially designed Nigerian outfit instead of the tracksuits they had always used, reports Extrasportsnigeria.com.

They will face Russia on Saturday, June 16 in the start of their World Cup campaign.

The Eagles entered the Avita Resort in Bad Tatzmanndsdorf resort in Austria after their friendly match against England at the Wembley Stadium.

In Russia, Eagles will proceed to the city of Yessentuki which will serve as their base camp for the 2018 FIFA World Cup campaign.

Saturday morning’s training session began at 1000 hours, with the usual warm-up exercises before they rounded off the session with a practice game between the Team A and Team B. The training game ended 3-1, with Alex Iwobi and Odion Ighalo scoring one and two goals respectively for Team A and Iheanacho pulling a goal back for the Team B.

On Monday they will wear new locally flavoured attire for the flight to Russia. It was gathered that players were to wear the attire during their visit to President Muhammadu Buhari by the designer suffered technical hitches and could not meet up the deadline.

The white native attire has green embroidery of the Super Eagles emblem on the chest. The white trousers and predominantly white tunic go with white shoes with knots of green at the top to match as already shown on social medial by some of the players.