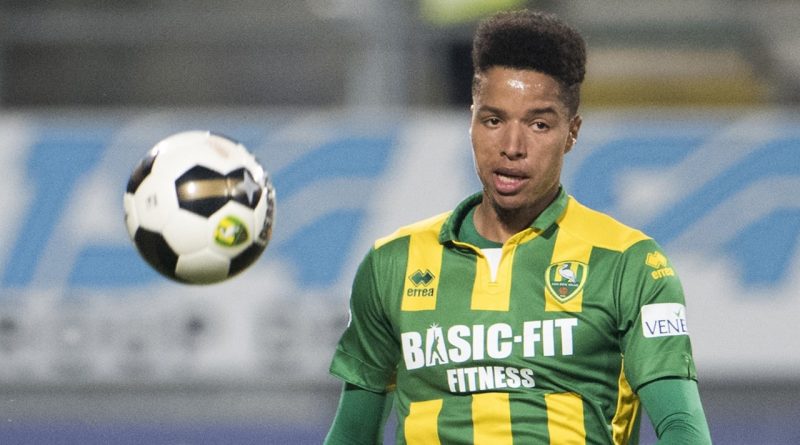 Both players were confirmed to have picked groin problems in Den Haag’s 2-0 home loss to NAC Breda in Saturday’s Eredivisie encounter.

While right-back Ebuehi was forced off in the 67th minute, his Ivorian counterpart was dismissed in the 36th minute with the team down to a Mounir El Allouchi 18th-minute goal. The young defender is listed for Nigeria’s friendlies against Poland and Serbia.

The injury report provided by ADO Den Haag on Tuesday is not too encouraging; with the Dutch club confirming that their number two has suffered a groin injury that might keep him on the sidelines.

“Beugelsdijk has a hamstring injury, while Ebuehi and Kanon have groin problems,” ADO Den Haag stated on their official website.

“Ebuehi and Kanon suffer from the groin area, but it is not yet known how long their recovery will last. Ebuehi and Kanon are also among the provisional roster of Nigeria and Ivory Coast respectively for the coming international break, which will take place after the coming game.”

Ebuehi had to be substituted after complaining of discomfort in his groin.

The 22-year-old’s injury is a big blow to Super Eagles manager Gernot Rohr, who is also not too sure anymore on the fitness of Torino’s Joel Obi and Las Palmas’s Oghenekaro Etebo ahead of the trip to Poland next week.

Ebuehi’s confirmation comes after Rohr thought he had received good messages on the players after the initial rumours.