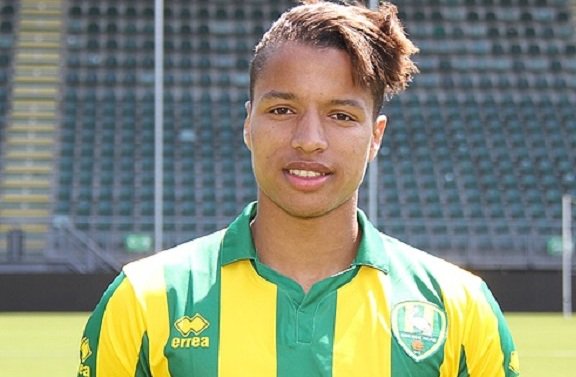 Nigeria’s young defender Tyronne Ebuehi has completed his switch from Dutch side Ado Den Haag to Portugal’s Benfica. The 22-year-old, who spent five years at The Hague, signed for five years even as he prepares to fight for a place in the final list of the Super Eagles players to the 2018 World Cup.

“It is a feeling of great happiness to join a massive club like Benfica,” Ebuehi told the club’s official website.

“It’s a dream come true and a big step in my young career. Benfica is a great club with excellent facilities and is known all over the world. The fact that the club plays on the big stage was very appealing to me. In fact, it was very easy to choose Benfica.”

The young player started his professional career at ADO Den Haag in 2014 and scored just once in 82 appearances for the club.

Although the right-back was born in the Netherlands to a Dutch mother and Nigerian father, he was eligible to play for the country of his birth but he opted to play for Nigeria and made his debut against Togo in June last year.

Ebuehi has so far played four times for the Eagles and is included in Nigeria’s 30-man provisional squad for the 2018 World Cup in Russia.