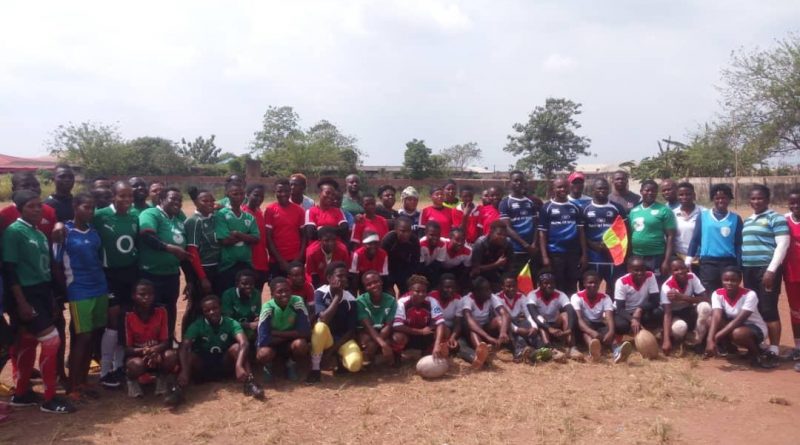 Nigerian women rugby players in Edo State joined other Women around the World to celebrate the International Day for Women on Thursday, March 5. The event was held at Idia College in Benin City with a mini Seven-a-Side rugby tournament which featured four teams.

Rugby will be featured as a medal winning event at the sports festival after ten years of its absence. Edo women are incidentally the hosts of the 20th National Sports Festival holding from March 22 to April 1st, 2020.

The third place match saw an All Stars team made up of veterans in the game defeat RocketBull women team by 14-0 to receive the bronze medals.

This greatly attracted the attention of fans who walked in a bid to catch a glimpse of the event.

We will like to sincerely thank the organisers and some sponsors like Ehibam Griefshare Foundation who donated trophies, medals and refreshment for the girls alongside the players themselves who actually contributed to help host the event and celebrate womanhood.

Edo State is fast becoming the home of rugby as it holds the bragging rights as the National Women’s Rugby champions and the highest number of gold medals (4 Gold) at the two editions of the National Sports Festival where rugby featured as a medal winning events (2006 Gateway Games and 2009 Kada Games) respectively.

The Chairman of the Edo Rugby Association Ntiense Williams summarised the activities like this: “This event ushered in the rugby teams alongside the entire Team Edo to an intensive closed camping period towards the 20th National Sports Festival tagged “Edo 2020” where the state will be hosting to win like it did 18 years ago when she also hosted and won convincingly.”